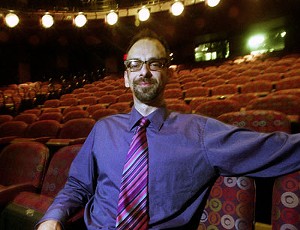 Alan Poindexter's greatest legacy is surely the work he put in on ImaginOn, still a pioneering facility eight years after he opened it so spectacularly with The Lion, the Witch, and the Wardrobe. Yet for those of us who saw him onstage, the breathtaking range and power of Alan will continue to haunt us. From Chicklet in Psycho Beach Party to the Wicked Witch in The Wizard of Oz, from Boo Radley in To Kill a Mockingbird to Oscar Wilde in Gross Indecency - plus the best Prior Walter in Angels in America that I've ever seen - Alan could range from innocence and simplicity to elegant sophistication and fearsome power, in either gender. What a loss his death has been, both as an actor and a director.