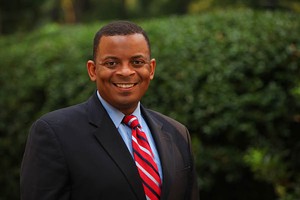 Talk about an impressive resume. He was the first African-American student body president of Davidson College and went on to earn a law degree from New York University. Elected at 38, Foxx was the youngest mayor in Charlotte history. During his local career, he smartly championed public transportation extensions and oversaw the successful Democratic National Convention. This year, President Obama appointed him the U.S. Secretary of Transportation.