Best Way to Piss Off Everyone in City Government

Take away our airport 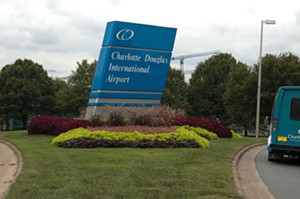 City Hall's usual partisan political fighting was miraculously put aside, thanks to the N.C. General Assembly, as a nearly unanimous city government agreed on one thing: The GOP majority in the G.A. are assholes for trying to steal our airport. When N.C. Sen. Bob Rucho of Matthews ram-rodded through a bill to take Douglas Airport out of Charlotte's jurisdiction in favor of a new regional authority, local Democrats and Republicans united in vowing to fight Raleigh every step of the way, including a lengthy court battle if necessary.