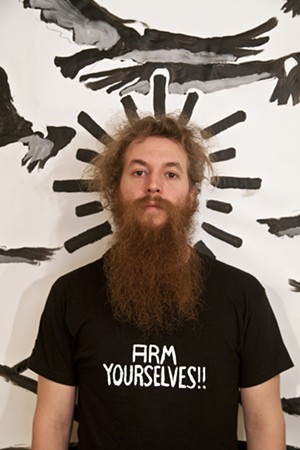 A repeat winner. Write-ups of Andy Fenstermaker tend to focus on his live performances; with that bellowing roar, all-in commitment and slightly deranged look, Andy gets your attention on stage. But on his gothic roots-based The Man Killed the Bird..., released this year, he makes it clear that he knows his way around every corner of a song. He digs deep into his past for visceral details and emotions, and uses them to say bigger things about growing up Southern, expanding horizons via literal and psychedelic travel, and living a life in general that means something. Best of all, you get the feeling he's thus far only scratched the surface.