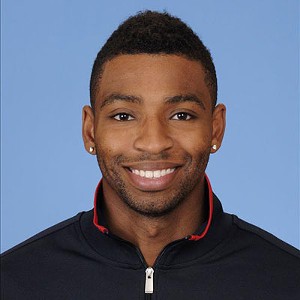 He may not have brought home a second Olympic gold medal this year, but we still believe Cullen Jones is the best swimmer in the world. Besides, he did bring home his second silver. In 2008, the former N.C. State University English major and swim team star became the second African American to win a gold medal in swimming. Jones' website touts him an "ambassador for African-American swimmers" who has smashed stereotypes and is "eager to spread his message that, yeah, black kids can swim, too." We love him for that. But he's not the only Charlotte-area athlete to compete at the London games this year: the Queen City was also represented by kayackers, wrestlers, other swimmers and more.