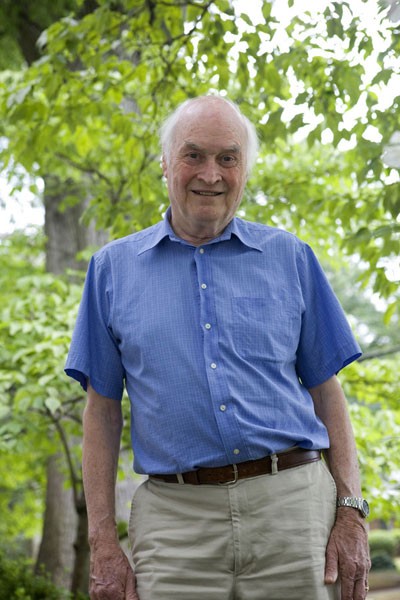 Angus Lamond LOCAL HERO: Barney Offerman
Barney Offerman is a beloved figure among Charlotte’s progressive community, admired as much for his integrity and wit as for his organizing abilities. We honor him for his life of dedication to social justice. After years of labor, racial justice and literacy work in New Orleans and Mississippi, and a stint in the administration of Ohio governor Richard Celeste, Dr. Offerman moved in 1986 to Charlotte, where he was Distinguished Professor of Business and Economics at Johnson C. Smith University for 10 years. While there, he established the Lifelong Learning Center for adults returning to school. He was also one of the movers behind the establishment of Charlotte’s first homeless shelter, and he either launched or gave critical support to the North Carolina death penalty moratorium movement, various labor struggles, and efforts to promote peace and immigrant rights. In 1995, he became director of the Charlotte diocese’s Catholic Campaign for Human Development. He retired from that position in 2001, but continues to lend advice and support to area progressives who benefit from his knowledge and experience.