Consumer Electronics Show 2013 wrapped up on Friday in Las Vegas, Nev., and CL was there to catch the coolest of the cool tech toys to show you. From $25,000 Sony stereoscopic 3DTV with SimulView to Samsung's damn sexy transparent LCD to Tyson Beckford and Ironman strutting around, what CES should've handed out along with the expo bags were mops. Why? Because there were so many amazing things there that if your jaw wasn't on the floor with robot drool spilling out, you were figuratively peeing your pants with excitement for the future. 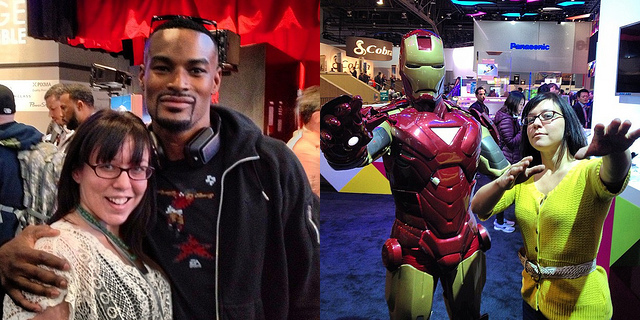 It's a seriously amazing time to be alive. Here are more things to get stoked about:

Killer drones are real. They're in the news all the time these days, reminding us that the days of Johnny Mnemonic being pure fantasy are behind us. However, these are not those. These are the kind of augmented reality drones you can't wait to harass your neighbor's dog with and they are sweet.

When you walk up to this TV, it looks like a glass case and nothing else. When turned off, it looks like any other piece of glass. It's clear and it's there, no big deal. But switch it on and the blacks are really black, the colors are more vibrant than the video alludes to, and I know I already said it's damn sexy, but I'll say it again: This thing is damn sexy! The video does it no justice and at roughly $2,800, I expect these things to be all over in retail display spaces in no time as they become more affordable. In the home, these could replace curio cabinets once the formats start becoming more diverse, too. Imagine being able to display your wedding glasses or grandma's urn with dynamic photos and videos to accompany special objects. Once this thing goes touch screen The Matrix's Zion has arrived.

This novel little toy gives all new meaning to being a baller.

This one gets an honorable mention only because during the demo it was apparent that, while novel, no tech is immune to getting borked from over-use. After having done a performance every hour on the hour for four days straight, one of the performers just gave up, as you can see in the video. No clue why the developers wouldn't bring a backup, but this is a cool toy none the less. 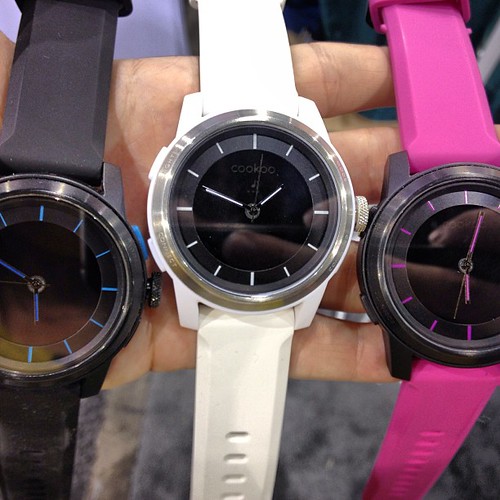 Ah, smart watches: the thing you never knew you needed until you see one. The CooKoo Smart Watch gets an honorable mention because it's really only made for a male wrist. I'm not into having a tea saucer for a watch, so I'd never buy this. If you're a guy, though, this watch is good-looking and super cool in terms of functionality. It makes it so your phone isn't in your hands constantly but you still get the notifications you need for Twitter, email, etc., along with a laundry list of other great features like location of your phone/iPad from the watch and remote photo capture trigger.

(A lengthy side note: With all of the negative PR the expo is getting this year (and most notably CES vendor Hyper who is on the receiving end of highly charged, #notbuyingit public shaming campaign) for being way, way too geared toward men and straight up degrading women, so much so that it alienates female attendees like me, it would be in the best interest of the developers of all products, not just the game-changing CooKoo Smart Watch, to take their products and make them for women, too. I don't mean just by making it pink, either.) 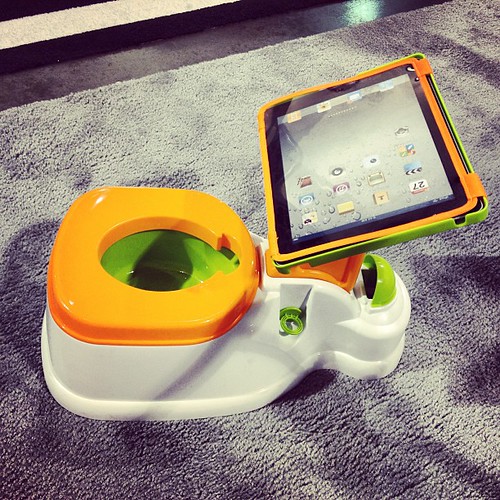 Finally, here we venture into the scary part of CES. This thing evokes visions of an iPoo splattered iPad once the iPotty does its job. But, hey, if you're into having a toddler with hemorrhoids and don't mind dropping $500+ here and there for new iPads every time little Jimmy downloads a brown load, then this is definitely for you.