In the presence of giants: War machines

The aircraft and aerospace industries have been cash crops for the desert town of Palmdale, Calif., since the 1950s. On the very off, very random chance to have a private tour of Lockheed Martin's awe-inspiring UAV and jet manufacturing facility called Skunk Works, I leapt at the chance, not knowing what to expect.

Palmdale is known as the aerospace capital of the U.S., and while info about the city is readily available, accessibly details about the facility are limited. The things they're manufacturing in this place are of national importance. Since only one building is really visible from the road, some locals spend their whole lives growing up nearby, wondering what all goes on over there. 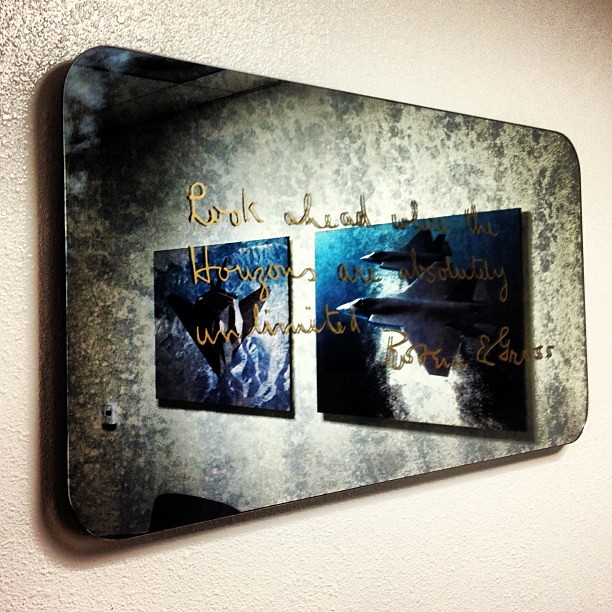 Skunk Works is an official alias for Lockheed Martin's Advanced Development Programs (ADP), formerly called Lockheed Advanced Development Projects. Skunk Works is responsible for a number of famous aircraft designs, including the U-2, the SR-71 Blackbird, the F-117 Nighthawk, and the F-22 Raptor. Currently its largest officially known project is the F-35 Lightning II, which will be used in the air forces of several countries. Source: Wikipedia

There are way more buildings than just the one. Upon entering the facility (which requires an escort), the only place photos are allowed is where everyone is screened and given a badge, which must be visible on each person at all times. Most of the buildings are for maintenance. Some are for HR, some are simply where they put paint on the aircraft. But there's one building in particular where good stuff happens.

When walking down the corridors on the immediate inside of this nondescript building, all there is to see are very, very tall chain link fences with barbed wire on the top and grey tarps that obscure everything. The doors all have little speakers emitting white noise, so no one accidentally overhears something they shouldn't. There's nothing to see from the entrance, and I immediately thought, "This is it?"

It definitely was not just it.

We entered into a huge room to find staring down at us a C-5 Galaxy with a California flag on it, the name Travis lettered across the tail, and its nose detached (the plane was getting serviced). To call this thing gigantic is an understatement. It's one of the largest military aircraft in the world; one could easily throw a football inside the body of this beast. A semi-truck would make quick work of loading into this thing with room to spare. Immediately noticeable is the logo on the tires. We're certainly in the United States of America and Goodyear is here.

Nearly every employee we met was completely nerding out on their profession; they live the life here. The nerd-male life, that is. Not a single woman was seen anywhere during the entire trip, which is a testament to how badly our nation needs to encourage women in STEM ... but I digress. Well, to be fair, there was one woman, but she was in a photo in this place called The Legacy Hall in the catacombs down below ground level, and she was featured as part of the narrative of WWII - think Rosie the Riveter. The cleanliness and safety regulations on the grounds is stellar. All around, it's a curious place.

Things here get reconfigured often, and it's apparent. After walking and walking and walking, with a short deviation of the path into an elevator that could literally fit multiple F-650 trucks in it, we exited onto a floor overlooking the main work floor that's so masked down below. Employees in the elevator even made comments to our guide like "Ooooh, taking them for the good view, aye?" Aye, indeed.

Overlooking the work floor of this place is breath-taking in a number of ways. The sense of feeling history in the making is overwhelming. Far enough away to really make out anything on the papers and plans laid out below, the work floor layout looks more like a factory than a place where they manufacture and show many of Skunk Work's products. There was one aircraft that was the most intense to see. I couldn't take my eyes off of it: the Navy's UCLASS UAV (or, as they call it "UAS" which stands for Unmanned Aerial System.)

There were other planes on the floor. An F-35, a C-130, the Honda Civic of planes, and a long-time favorite of the U.S. military, but it was the blackish, sleek flying machine with NAVY 706 scrawled on the side, appearing surreal in what looked like a showroom, that captivated me. The salespeople bring potential buyers there. It struck me as the fanciest dealership I've ever seen, and I envisioned shiny slick salesman bringing in clients they have to shut down airspace over the property for. Who are these potential buyers? It's a flying wing with no room for humans. Experiencing both pride and utter fear simultaneously, the ethics of warfare came flooding into this tiny citizen of our great nation. 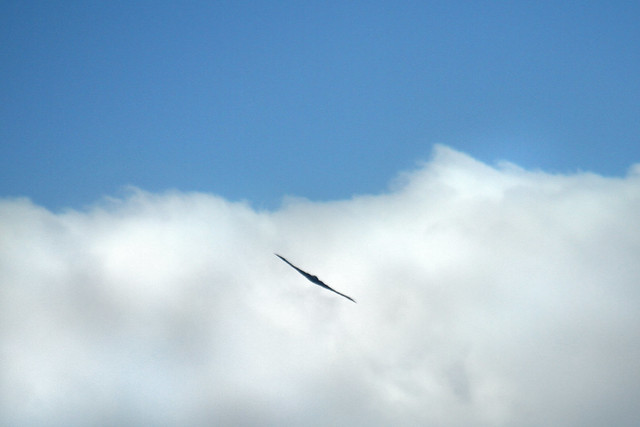 It took off quietly in the background just after we exited the grounds, and it was gone faster than one can imagine. My heart racing, I asked our guide if he was ever afraid of the things he is surrounded by at work every day. "No. Never," he answered plainly. I pressed more and asked why. "... because if there's ever a threat to our nation I know we'll have it shot down before it's ever really a threat."