I saw on the news recently that Talmadge Price, who opened Price's Chicken Coop, passed away last week. It's sad, but I'm hoping it doesn't mean we're about to lose yet another one of Charlotte's historic restaurants. Now that he's gone, do you know what its future plans are? - Alicia Groves, Charlotte 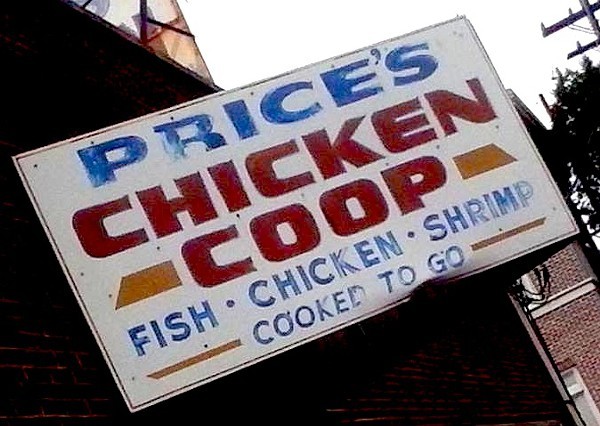 That thought crossed my mind, too, so I recently took a drive over to the legendary restaurant to get an answer. I arrived at about 5:30 p.m. and was met at the door by a friendly redheaded woman who promptly informed me they were out of dark-meat chicken.

"We still have plenty of those, honey. Come on in."

"Sorry to hear about Mr. Price," I offered. "That isn't going to affect your business is it - I mean you're not closing, are you?"

"Now where did you hear that?" she asked, sounding somewhat perturbed.

"Just around. A few people had asked about it."

"No. We're not closing. Mr. Price's sons have been running the business for years. When they added on to the back of this building a few years ago, [people] thought we were going to close down. We were offered $2 million then. It's gonna take a lot more than that."

Price's, unlike other Charlotte restaurants that have disappeared into culinary history, including Anderson's, The Ranch House, The Copal Grill, Knife & Fork and Athens, insists it's not going anywhere.

Featured on the Food Network's Diners, Drive-Ins and Dives, Price's is notable not just for its good grubs, but also for major media attention - it's regularly voted among the best fried-chicken restaurants in the country - and has seen some pretty acclaimed patrons, including TV anchor Diane Sawyer and former Charlotte mayors Harvey Gantt and Pat McCrory.

The take-out-only restaurant, located in Southend at 1614 Camden Road, isn't much on the eyes, but it is legendary for its fried chicken and seafood. A line of hungry customers still forms outside before lunch.

Talmadge Price opened the eatery in 1962. According to his son Steve, who I spoke with at length for a Creative Loafing story that ran a few years ago, Price opened the restaurant to feed workers of a nearby factory that has long since vanished into the pages of Charlotte history.

"Our original intention," Steve told me, "was to feed the working class. Give them a good meal quick and get 'em on their way. Now everybody comes here."

It's reassuring to know that Price's Chicken Coop, like other longtime dining establishments such as Beef 'n' Bottle, Barbecue King and Green's, will be around for us and future generations to enjoy. My suggestion, Alicia, and other fans of ol' school CLT cuisine: head for the Coop and revisit the tasty fried chicken and fish, served up with a side of slaw, potato salad or hush puppies. 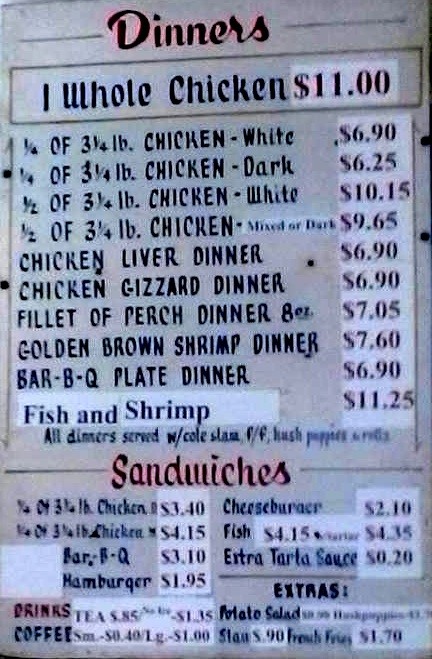