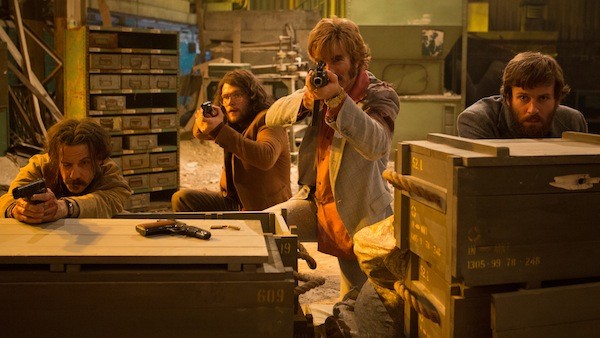 FREE FIRE (2017). For better or worse — actually, let’s go ahead and make that worse — the massive success of Quentin Tarantino’s 1994 classic Pulp Fiction resulted in an ungodly amount of awful imitators being released in its wake — hipper-than-thou pictures full of tough-talking, low-life characters. Free Fire is an unfortunate reminder of that period, and were it not for the presence of currently popular actors, one would be forgiven for thinking it’s been sitting on a studio shelf for the last 20 years. The first half-hour is passable, as various criminal elements meet in an abandoned warehouse to conduct a business transaction. This motley assortment includes the obnoxious Vernon (Sharlto Copley), who’s selling automatic weapons; the low-key Chris (Cillian Murphy), who’s buying them; the dapper Ord (Armie Hammer), serving as the middle man; and the sensible Justine (Brie Larson), also there to ease the transaction. The situation is tense from the start, and everything goes to hell once two underlings (Jack Reynor and Sam Riley) start firing at each other. Suddenly, it’s a free-for-all gunfight, with the picture’s remaining hour spent on the characters shouting out feeble quips as they take potshots at each other. What was apparently meant to be an exercise in style instead becomes an endurance test for audiences, as the script by director Ben Wheatley and Amy Jump turns numbingly repetitive with its endless loop of uninteresting louts receiving their comeuppance. Incidentally, Martin Scorsese is listed as an executive producer — exactly why, even Marty probably couldn’t tell you.

Blu-ray extras include audio commentary by Wheatley and a making-of featurette. 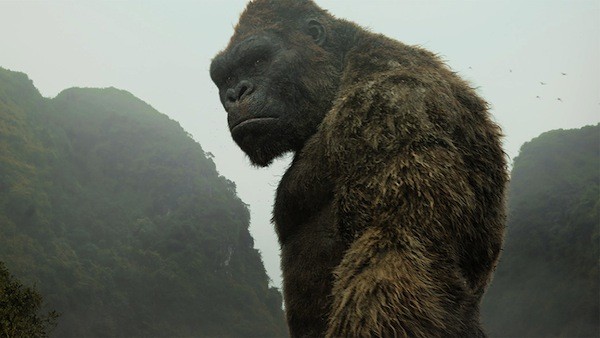 KONG: SKULL ISLAND (2017). Frequently clever, occasionally inane and always exciting, Kong: Skull Island severs practically all ties to past pictures, from Carl Denham to Ann Driscoll to the Empire State Building. About all that remains is what’s promoted in the title itself: the island and the ape. Set in 1973, the film rounds up the usual stock assemblage of hunky adventurer (Tom Hiddleston), feisty pacifist (Brie Larson), gung-ho military man (Samuel L. Jackson), government wonk (John Goodman), whiny company suit (John Ortiz), and various expendables in the form of scientists and soldiers. All are part of an expedition that arrives on Skull Island and proceeds to get ambushed not only by Kong but by other oversized inhabitants. Before long, though, it becomes clear that the great ape doesn’t deserve to be lumped into the same category as the isle’s other beasties: Unlike the subterranean Skullcrawlers and a particularly nasty spider, Kong has far nobler reasons for employing his berserker rage against the hapless humans. Pacing is never an issue in Kong: Skull Island, and some of the shot selections director Jordan Vogt-Roberts devises with cinematographer Larry Fong are exceptional: Note, particularly, the moments that evoke Apocalypse Now in both form and content. Vogt-Roberts’ helming is certainly more accomplished than the script: Insipid one minute and overstuffed the next, it never allows an incredibly talented assemblage of players to strut their stuff. Still, the people don’t matter nearly as much as the creatures, and in that respect, the movie offers some truly dazzling visual effects, particularly when it comes to its towering star. 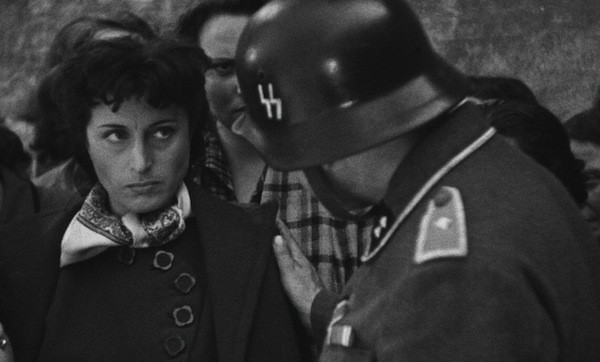 ROBERTO ROSSELLINI’S WAR TRILOGY (1945-1948). Italian filmmaker Roberto Rossellini didn’t set out to make a trilogy of films about World War II, and the movies in fact don’t share any common thread in terms of characters or storylines. But in fashioning three minimalist and hard-hitting dramas all examining the consequences of the conflict, the writer-director collectively ended up with a shining example of neorealist cinema.

Rome, Open City (1945), often just called Open City, is the masterpiece of the group, with scripters Federico Fellini and Sergio Amidei helping Rossellini fashion a no-nonsense saga about life in Rome during the Nazi occupation. The roster of characters includes two men (Marcello Pagliero and Francesco Grandjacquet) hiding out from the Nazis, the pregnant fiancée (Anna Magnani) of one of the fugitives, and a priest (Aldo Frabrizi) who frequently offers his services to the Resistance. There’s no room for sentimentality in Rossellini’s tale, yet one emotionally powerful scene follows another: The death of a likable character chasing after a truck particularly still has the ability to shock. Rome, Open City nabbed an Oscar nomination for Best Screenplay, while Magnani, one of the few professionals in the cast (Rossellini preferred to use real people), would later win the Best Actress Oscar for 1955’s The Rose Tattoo. 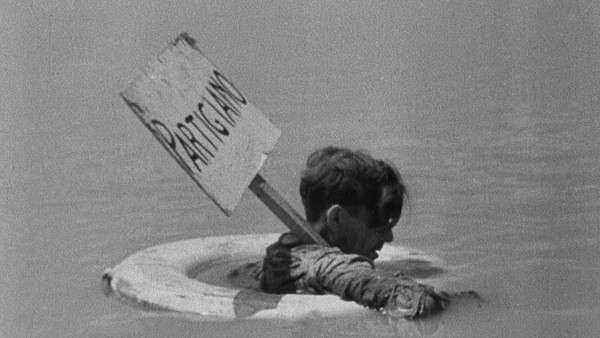 Endowed with a larger budget than Rome, Open City and more ambitious in its structure, Paisan (1946) finds Rossellini and a team of writers (again including Fellini and Amidei) constructing an episodic narrative that takes place throughout Italy during the waning years of the war. Each of the six chapters centers on different American protagonists in-country: A drunk G.I. opens up to a local prostitute; a black soldier has an eye-opening encounter with an Italian orphan; three army chaplains engage in a conversation with friendly monks; and so on. Like Rome, Open City, Paisan also earned an Oscar nomination for its script.

Clocking in at a mere 73 minutes, Germany, Year Zero (1948) is the runt of the litter, in more ways than one. Set in Berlin immediately after the war has ended, it focuses on the hardships faced by a young lad tending to his sick father. Utterly pessimistic in every regard, it’s also far less naturalistic than the previous two pictures in the trilogy. 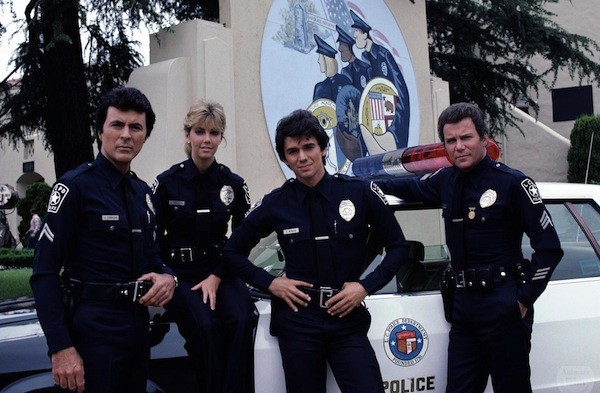 T.J. HOOKER: THE COMPLETE SERIES (1982-1986). William Shatner will forever be known first and foremost for his role as Captain James T. Kirk, and his acting accolades (in the form of Golden Globe and Emmy Awards) have come for portraying attorney Denny Crane. But between his starring role on Star Trek in the 1960s and his supporting stint on Boston Legal in the 2000s, he headlined the police show T.J. Hooker in the 1980s. Shatner plays the title character, a compassionate cop who patrols the streets of L.A. with the cocky young rookie Vince Romano (Adrian Zmed) by his side. Hooker and Romano take on everyone from arms dealers to bank robbers, with fellow officers Stacy Sheridan (Heather Locklear) and Jim Corrigan (James Darren) often providing valuable assistance. T.J. Hooker rarely broke away from formula, and episodes from the later seasons became increasingly bland. But the selling point was Shatner, whose Hooker wasn’t the usual macho cop but rather an individual who was rocked to his core every time he witnessed an injustice being committed against prostitutes, junkies, and other societal victims. Notable guest stars included Sharon Stone, Dennis Franz, Miguel Ferrer, David Caruso, Delta Burke, and — yup — Leonard Nimoy. Although T.J. Hooker never quite cracked the Nielsen Top 25, it was popular enough to last for four seasons on ABC. (Because it was initially a midseason replacement, the first season only ran for five episodes, with Locklear not joining the show until the start of season two.) After it was cancelled, CBS picked up the prime-time series but elected to move it to its late-night schedule. This box set from Shout! Factory contains all 91 episodes from all five seasons.

There are no extras included in the DVD set. 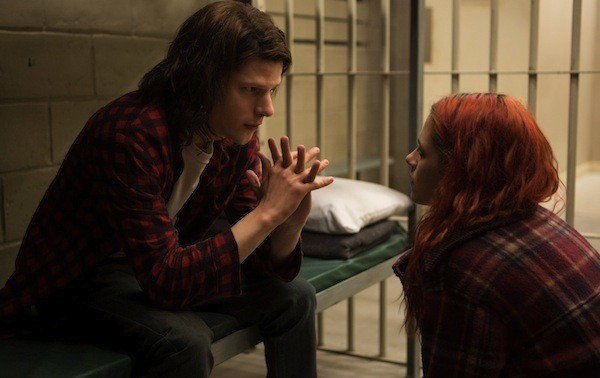 AMERICAN ULTRA (2015). A lightweight but likable piece that basically finds Jason Bourne reborn as a slacker, this stars Jesse Eisenberg as Mike Howell, a stoner leading a dead-end life in a puny West Virginia burg. His only source of joy is his girlfriend Phoebe (Kristen Stewart), who's supportive even when his frequent panic attacks prevent them from ever leaving their tiny town for vacation. Unbeknownst to Mike, though, is the fact that he's really a highly skilled government agent whose mind has been wiped clean — a situation that's reversed when a supercilious CIA yuppie (Topher Grace) orders him terminated. Activated by his former agency handler (Connie Britton), Mike is as surprised as anyone when he finds himself able to take down trained assassins with his bare hands or, in one amusing sequence, a deftly tossed frying pan. The notion of a Cheech & Chong burnout as a 007 knockoff is an amusing one, and Eisenberg plays the part perfectly. Equally impressive is Stewart, who continues to demonstrate that she will easily outpace the fanboy detractors. What does detract is the decision of director Nima Nourizadeh to tackle each kill with overkill. Nourizadeh feels that one coat of crimson won't suffice when another three layers can be added, and while this gore should prove too cartoonish to offend many people, it does grow tiresome and occasionally takes us out of otherwise soundly choreographed action sequences. On balance, American Ultra won't be mistaken as the ne plus ultra of secret agent capers, but it mostly handles its assignment with ease. (Amazon Prime)