by Rashaan Ayesh and Bill McCarthy 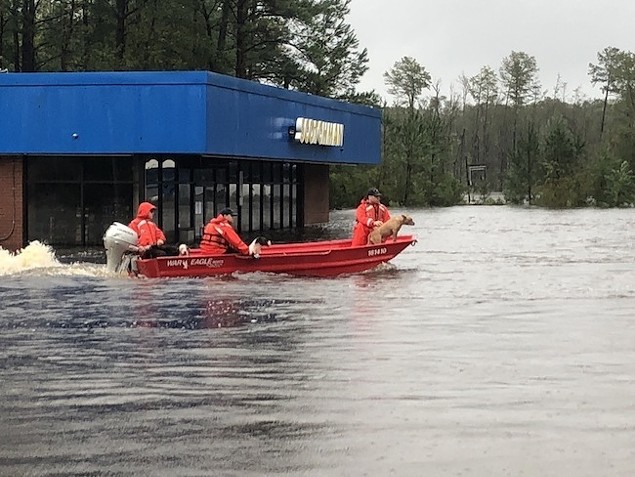 After Hurricane Florence devastated the eastern part of North Carolina, some of the state’s politicians took to social media and politicized the storm. Some comments focused on hurricane relief funding for the state, or the lack of. Others mentioned laws they believe made North Carolina more vulnerable during a large storm.

How valid are their comments? We’ve chosen four statements to explore, and see what evidence there is to support these claims.

Did Walker vote against disaster relief?

Ryan Watts, a Democratic congressional candidate, is running for office in District 6, which is historically conservative. The 27-year-old is trying to unseat Republican Rep. Mark Walker.

As Hurricane Florence was gearing up to hit North Carolina on Sept. 12, Watts slammed his opponent for voting against disaster relief.

"Our current Representative has voted against disaster relief on multiple occasions and has not held this administration accountable for taking $10 million dollars out of FEMA’s fund for hurricane relief to fund the separation of families at the border," Watts said in a Sept. 12 Facebook post, citing an article from Politics North Carolina, a left-leaning political news blog.

One such vote, taken on Oct. 12, 2017, approved a $36.5 billion disaster aid package to help victims recover from a series of hurricanes and wildfires. The bill was approved by a 353-69 vote margin, with Walker joining eight other North Carolina representatives in voting no.

In an op-ed in the Wall Street Journal, Walker explained that he opposed that bill because it raised the debt ceiling and did not include offsetting spending cuts. "Congress should pay for these emergency packages by cutting spending in other areas that are less of a priority," he wrote. "Even during an emergency Washington needs to pay its bills."

On Dec. 21, 2017, Walker voted against another bill providing $81 billion in emergency funds to federal agencies for disaster assistance, which passed by a 251-169 vote.

Walker also voted in favor of another Sept. 25, 2017, bill that made it easier for retirement plan participants to access their retirement funds when recovering from the hurricanes.

"Walker’s priority, as his record demonstrates, remains ensuring the families of North Carolina are safe and prosperous, and that they have all the resources they need through responsible government," Minor said.

As far as Watt’s second claim goes, PolitiFact has confirmed that the Trump administration transferred $10 million from the Federal Emergency Management Agency to Immigrations and Customs Enforcement. Immigrant parents separated from their children at the border in June were sent to ICE detention centers, while their children entered into the custody of a separate federal agency.

The Trump administration has said the transferred money was not taken out of FEMA’s disaster relief funds, NBC News reported. We searched Google, Nexis and Twitter and could not find any statements from Walker on the transfer of funds. The Watts campaign did not respond to multiple emailed requests for comment.

State Rep. Billy Richardson, a Fayetteville Democrat, took to Twitter on Sept. 17 to point out that the Republican-led legislature cut funding for a landslide hazard mapping project.

In his tweet, Richardson cited an article from NC Policy Watch, the news arm of the left-leaning North Carolina Justice Center.

"But in 2011, lawmakers cut off funding to the NC Geological Survey, which was in charge of mapping the hazard zones, and the project stopped," Richardson wrote, quoting directly from the NC Policy Watch article. The project in question — the Hurricane Recovery Act of 2005 — directed the state to identify and map potential problem areas in mountainous counties that could be susceptible to landslides.

This is true. After Republicans took hold of the state legislature in 2011, lawmakers cut funding for the landslide hazard mapping project, as The News & Observer previously reported. The state’s geologists had only mapped four of the 19 counties they planned to survey before the project was defunded.

But the 2018 state budget, which legislators passed in June over a veto from Gov. Roy Cooper, included $3.6 million for the Department of Environmental Quality to restore the landslide mapping program after three people died from mudslides in western North Carolina, according to the Associated Press.

What stinks more: hogs or humans? 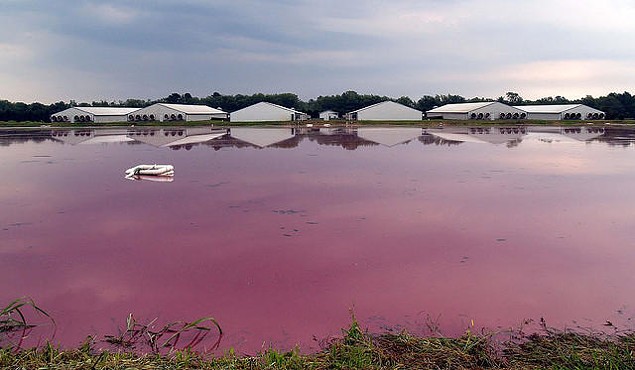 State Senator Brent Jackson, an Autryville Republican, shared an NC Pork Council blog post on Twitter on Sept. 12: "Great article by the NC Pork Council dispelling myths about hog farms during hurricanes. I am proud of the hard work and preparations of our family farmers to make sure their farms are ready to weather the storm," tweeted Jackson.

The article aims to divert attention away from hogs and on to water treatment plants, which the pork council says spill more sewage and affect a larger number of North Carolinians than overflowing hog lagoons do. It also points out that water treatment plants have spills during regular storms.

The North Carolina Pork Council reports there are more than 3,300 active hog lagoons in the state. Hog lagoons, also known as anaerobic lagoons, have a natural system in place to deal with hog waste. The animals release their waste into a hole where a bacteria interacts with the waste so it can then be used as fertilizer.

Five hog lagoons have been damaged in the hurricane, according to the N.C. Department of Environmental Quality. The N.C. DEQ also reports 21 hog lagoons either are or were overflowing as a result of the rain Hurricane Florence brought. In addition, 17 lagoons are experiencing inundation, which means "surface water is surrounding and flowing into the lagoon."

Spilled waste from these lagoons can be toxic. Hog manure contains pathogens including salmonella and E. coli that have a potential to spread.

As for the municipal water treatment plants in the state, they are causing a problem as well.

About 5.2 million gallons of partly treated wastewater has spilled into the Cape Fear River. The News and Observer reports the spill was due to a loss of electricity during the hurricane. The back-up generators at the Southside Wastewater Treatment failed as well.

As of Sept. 19, 300,000 gallons of raw sewage had spilled in Johnston County, according to a News and Observer article. The city of Benson released a statement that the sewage spills were a result of the excessive rain from Hurricane Florence. In addition, 109,200 gallons of sewage spilling into rivers in Johnston County, as reported by the News and Observer. It’s spilling into Holt Lake and Neuse River.

Nearly half of the state’s residents have a private septic tank. Floodwaters not only move solid waste across the area, but it can also pick up animal carcasses — like the 5,500 pigs and 3.4 million chickens and turkeys that have died so far in this storm.

At the end of the day, any feces, human or animal, in flooded areas is not a good thing. The Center for Disease Control and Prevention has a long list of diseases that can spread after a natural disaster.

Where does hurricane relief money come from? Some of it comes from the federal government and donations. But states also have "rainy day funds" to help during disasters. 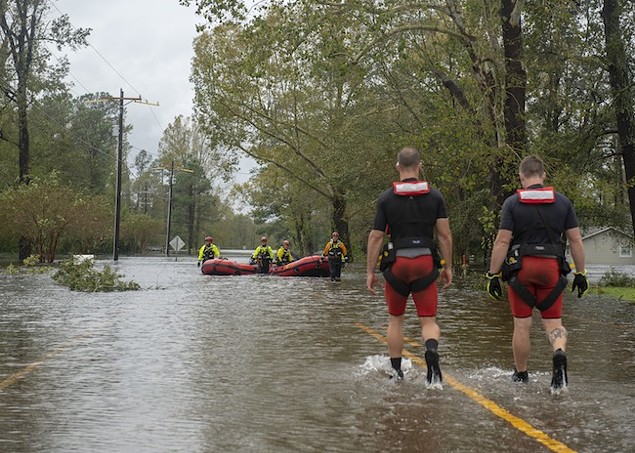 "This is true. As a percentage of the budget, the $2 billion Rainy Day Fund is relatively small. However, if one compares the reserves that NC has to the reserves that most other states have, NC is in an enviable position," tweeted McGrady, the budget chair, on Sept. 11.

Money from this $2 billion fund could potentially be used during Hurricane Florence recovery.

The Insider’s Colin Campbell reports North Carolina’s rainy day fund is larger than it has been during past storms. The state’s savings is proportionally larger when compared to Virginia and South Carolina, as well.

The Pew Charitable Trusts, a nonpartisan organization, researches states’ rainy day funds annually. In 2018, they found that North Carolina could run for 30.4 days if the government shut down — making North Carolina in much better shape than some other states. Kentucky’s rainy day fund would last about nine days, while Connecticut only has enough for four days.

But some states do have much larger rainy day funds. The state of Alaska can run for over a year if the government shuts down, and so can Wyoming’s.

This story was produced by the North Carolina Fact-Checking Project, a partnership of McClatchy Carolinas, the Duke University Reporters’ Lab and PolitiFact. The NC Local News Lab Fund and the International Center for Journalists provide support for the project, which shares fact-checks with newsrooms statewide.