How Charlotte Is Preparing for "The Storm of a Lifetime"

The weather this week has been extremely sunny. Giant, fluffy clouds are gracing bright blue skies, while the temperature has been hanging out in the upper 80s. While this typical North Carolinian weather could trick you into believing that there isn’t a giant hurricane racing toward the Carolinas this week, anyone not living under a rock knows a storm is a-comin'.

As Hurricane Florence, which has been dubbed “the hurricane of a lifetime” by more sensationalist sources, twists and turns toward the coast, public safety officials are urging folks to remain alert.

At a public safety press briefing Wednesday morning, officials told residents to prepare for the possibility of going 72 hours or more without power while emphasizing to “turn around, don’t drown” if faced with flooding, even if it looks minimal. 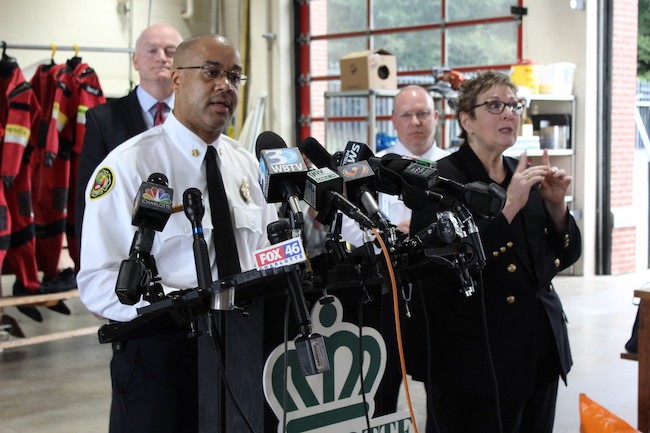 Charlotte Fire Department Chief Reginald Johnson said he expected Charlotte will experience 30 to 35 mph sustained winds and almost 12 inches of rainfall over the weekend. Residents should be prepared to lose power for 3 to 4 days.

Hurricane Florence's slow speed is what makes it so difficult to predict. What changes Florence may make 12 hours from each forecast is hard to determine. The immense size of the hurricane also poses another danger. As the storm makes landfall, it will slow down and bring heavy rain and high sustained winds for several days.

Jennifer Thompson, a spokesperson for the North Carolina Department of Transportation told Creative Loafing how her department is preparing for the storm. “The storm is being called unprecedented, it’s being called very dangerous,” she stated. “So we’re encouraging folks to take it seriously. But we are making efforts to [secure safety] of our work zones across the state.” 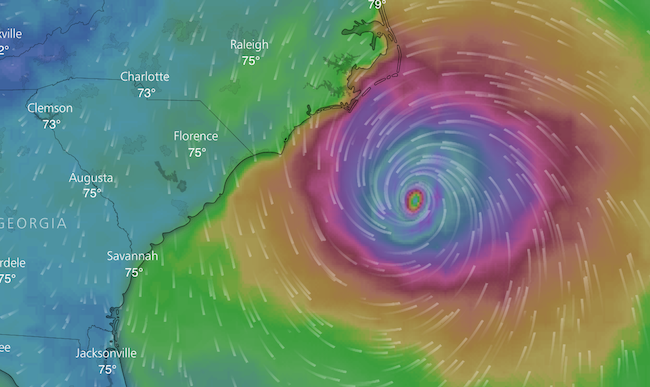 Joe Penner, director of Mecklenburg County's MEDIC, said it’s also important to look after one another during the storm. “Check in on your neighbors, I need you to be a neighbor,” he said.”

He also assured the public that many different organizations throughout the county are working together to adapt quickly to the changing forecasts.

With each changing forecast, the entire effort that’s been put into motion will be able to adjust the operation plans as needed to react to the slow-approaching hurricane, Penner said.

During the briefing, Battalion Chief Robert Graham, deputy director of Mecklenburg Emergency Management, told residents to have supplies for their families that can last 72 hours. Those supplies include fresh water, non-perishable food items and flashlights.

The city released a statement earlier this week stating that it's highly unlikely that water becomes unavailable or contaminated.

He also advised residents of the various resources available to stay updated through Florence, such as:

Text CHARMECK to 888777 for weather updates.

Go to CharlotteNC.gov and click the weather alert banner at the top of the page.

Officials reminded residents that 911 calls should be reserved for true emergencies only. So don't be that guy.

Late Wednesday night, Hurricane Florence weakened, downgrading to a category 2, but that doesn’t mean Charlotte and other inland cities shouldn’t still be prepared.

Charlotte officials announced a state of emergency this week in advance of the oncoming storm and heavy rainfall we expect this weekend, and the Emergency Operation Center of Charlotte opened for the first time in over a decade this week.

Battalion Chief Robert Cannon of the Charlotte Fire Department said this could be the storm of the century. The city is mobilizing a vast amount of resources and personnel to expect immense flooding. This means that the fire department, Charlotte-Mecklenburg Police Department and other city agencies are working around the clock to prepare operation policies, allocate resources and delegate and dispatch personnel as needed. 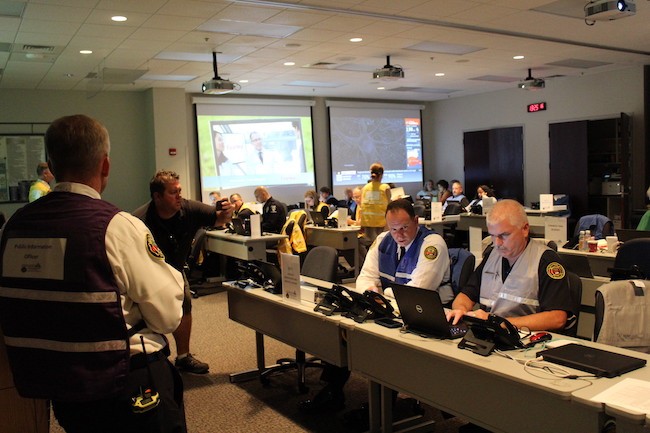 The EOC is set up in a training academy that CMPD and CFD shares. Dozens of personnel from agencies across the city are working in logistics, planning, resource, funding and public information in order to protect the city over the next few days.

Emergency manager Tony Bateman said that’s the most important thing about this mobilization.

“The county here is almost a million people,” he stated. “It’s our job … to protect [people] as we can and preserve all the property.”

That also includes evacuees from the coast. Charlotte-Mecklenburg opened five additional shelters this week to accept those who are fleeing from Hurricane Florence.

Each emergency shelter can accommodate approximately 200 people, and will be equipped with security and medical staff.

Thursday morning, Governor Roy Cooper stated in a press conference that he was concerned by people who believe North Carolina is "getting a break" because of the hurricane's downgrading to a category 2.

"Please hear my message," he said. "We cannot underestimate this storm."

It can’t be stated enough that the most important thing that citizens in Charlotte can do is prepare themselves going into the weekend. [Editor's note: I'm not prepared] This means not just being aware of what families and individuals should do to ready themselves for the oncoming storm, but actually carrying out the preparedness lists.

So we recommend you batten down the hatches and make sure you have supplies for the weekend and into next week.

We'll see you on the other side.