She got it from her mama, and I meanwhile, got it from my daddy ... the random, unfiltered shit I say, that is.

While I was in town for the wedding in which I was nearly arrested for pedophilia (not really) after "catching" the bouquet and a 5-year-old caught the garter, I did some bonding time with my old man. As in my dad, not one of my older boyfriends. And here are some of the things he said — Sh!t My Dad Says (I wish I thought to start a Twitter page and then have a book based off it, and then a TV show — but I'm not that smart): 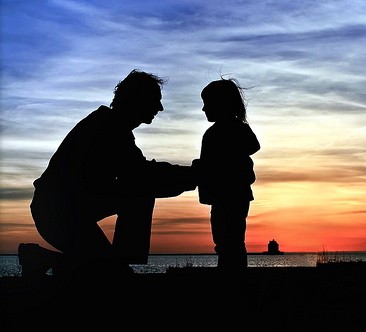 While walking through Costco:

"Why is it when black guys walk by you, they say, 'God bless your daddy?' I'm not sneezing ... and I sure as hell didn't give you that big butt."

"Brittney, wake up! I know you're tired and hungover, but I have bad news for you — J-Lo and Mark Anthony are getting divorced."

After seeing an ad on TV for the new show Cyberbully:

"Cyberbullying? Who the hell cares? Just turn off your computer and be done with those shit heads."

"I don't know know what all this hoopla is about you and your sister's birthdays. All you did was be born, your mom deserves all the credit."

My phone vibrates loudly at midnight from a junk e-mail from Harris Teeter Vic card rewards I signed up for to get $10 off my groceries a week.

"Who the hell is calling you at midnight? ... a grocery store? You came up with better lies than that when you were a teenager."

And that is why I will always be daddy's little girl — that's where I derive all my relationship advice.