Sex and the Queen City Random.com

Are you the next Emily Maynard? The Bachelor auditions in Charlotte

The LadyCats aren't the only ones holding auditions this month.

ABC's The Bachelor is coming back to Charlotte to recruit their next Southern star.

Not only did Emily Maynard win the heart of America — oh, and Brad Womack last season — but former TopCat and current Miss Sprint Cup Kimberly Coon was also on the show.

So out of 25 women, two of them were from Charlotte. Charlotte was the only city in the nation that had two representatives on the show. That's kind of a big deal.

Cason-Point: The Bachelor producers know how great Carolina girls are. 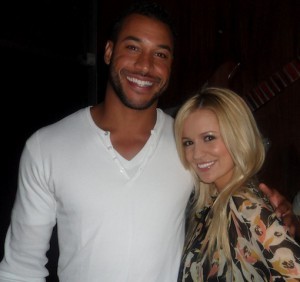 Casting producers from The Bachelor will be at the EpiCentre (210 E. Trade St.) on Thursday, June 16. Registration begins at 4:30 p.m. and on-camera interviews will run through 10 p.m. at SUITE.

This means you can go to Alive After Five first and have a drink to calm the nerves ... or convince you it's a good idea. Either one.

They should be recruiting THE BACHELOR here, not just the girls.

Like Drew Carter. He may be in Cali now, but us Panthers fans still like to claim him here in Charlotte.

Pictured above with Emily. I asked the two of them to pose for the Charlotte yearbook for the best-looking superlative. They're both so nice, they appeased my dumb idea.