The Wolverine: Claws and effect 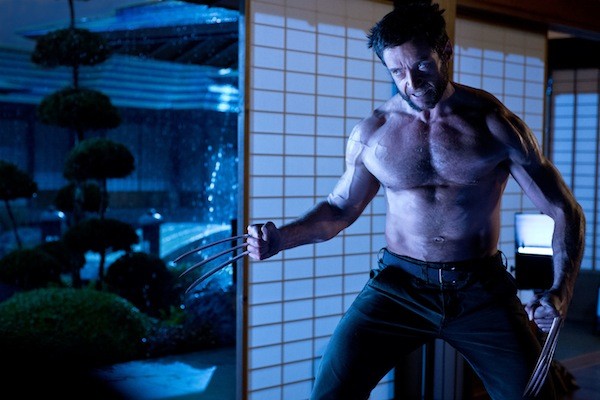 (To check out the article Look! Up on the Screen! The Best & Worst Superhero Films of All Time, go here.)

The less charitable among us would say that Hugh Jackman has his meal ticket and won't let go of it for anything. After all, The Wolverine marks the sixth time the actor has played the surly superhero (yes, six; don't forget his hilarious, split-second cameo in X-Men: First Class), a streak that's even more pronounced in a genre in which most actors tap out after just one or two appearances. But Jackman hardly needs this character to sustain his Hollywood career — he is, after all, just coming off an Oscar nomination for Les Miserables — so clearly he feels an affinity for the part and wants to do right by it. Unfortunately, these solo outings, away from the rest of the X-Men, just aren't quite cutting it. Like 2009's X-Men Origins: Wolverine, this latest effort is a middling superhero saga that attempts to deepen our understanding of the character but instead ends up mainly treading narrative water.

Using 1982's four-issue limited series Wolverine as its starting point, the film finds Wolverine (aka Logan) journeying to Japan at the request of an enemy combatant whose life he had saved during the bombing of Nagasaki at the close of World War II. That individual, Yashida (played during the WWII scenes by Ken Yamamura and as an elderly man by Hal Yamanouchi), is close to death, and he wants to thank Logan for his help all those years ago. But it soon turns out that Yashida has more on his mind than a simple gesture of gratitude, and Logan soon becomes immersed in turbulent family affairs. Yashida's son Shingen (Hiroyuki Sanada) wants Logan to leave Japan immediately, but the Canadian export elects to hang around, especially after he sees that Shingen's daughter Mariko (Tao Okamoto) is in grave danger. Aiding him in his endeavors to protect Mariko is Yukio (Rila Fukushima), a pint-size warrior woman (she looks like an anime character come to life) who proves to be a valuable ally.

Superhero movies are often defined as much by their villains as by their good guys, and it's in this area where The Wolverine proves to be especially deficient. From the slinky Viper (Svetlana Khodchenkova) to the Silver Samurai to various Yakuza minions, the baddies are a boring bunch, making even the previous Wolverine picture's Sabretooth and Deadpool look like Darth Vader in his prime. But the disappointment doesn't stop with the evildoers: The late Jean Grey (Famke Janssen), formerly a vibrant X-character, pops us in Logan's dreams to offer him life lectures. These sequences are sluggish and trite, and it was pointless to include her character at all.

Indeed, huge chunks of the film feel draggy and underdeveloped, and yet the moments that work feel fresh and invigorating, as director James Mangold (Walk the Line), A-list writer Scott Frank (Get Shorty) and C-list writer Mark Bomback (the Total Recall remake) break free from the template of the big-screen superhero saga to fashion something more personal. This solemnity often feels at odds with the filmmakers' need to satisfy the blockbuster quota (an extended battle atop a speeding bullet train is a doozy), but it nevertheless makes for an occasionally sharp film that can cut through Man of Steel and ofttimes even Iron Man 3 like an adamantium claw through hot butter.