Was 2016 a particularly desultory year for cinema, or did I just miss many of the year's crowning achievements?

True, Martin Scorsese's Silence wasn't screened in time for the majority of critics not residing in NYC or LA, so that might have made a slight difference (it opens locally Jan. 13). But scanning the list of movies I chose to skip over the course of the past 12 months, I'm mainly seeing dubious animated efforts like Norm of the North (featuring the vocal, uh, talents of Rob Schneider) and Ratchet & Clank, needless sequels like My Big Fat Greek Wedding 2 and Mechanic: Resurrection, and low-rent horror flicks like The Forest and The Darkness. Personally, methinks I played my cinematic cards right.

Still, out of the 135 movies I did catch, there were certainly a number of winners — just not as many as I would have liked. Nevertheless, here are my picks for the 10 best movies of 2016, followed by 10 worthy runner-ups, other assorted superlatives, and one final look at the worst films I endured over the past 12 months.

1. ARRIVAL (Denis Villeneuve). The best film of 2016. It edges out La La Land for the honor only because it qualifies as the most profound viewing experience I've enjoyed this year — it's a transcendent motion picture that gets under the skin and into the heart. Directed by Denis Villeneuve (Sicario, Prisoners) and adapted by Eric Heisserer from Ted Chiang's short piece "Story of Your Life," it finds Amy Adams delivering an exceptional performance as a linguist tasked with communicating with the aliens that have landed on our planet. A philosophical piece that turns out to be far more focused on humanity than on otherworldly visitors, it's both literate and lyrical, and it celebrates the best among us — the visionaries who gaze open-eyed at the horizon and embrace those who are different.

2. LA LA LAND (Damien Chazelle). The replay value is significant with writer-director Damien Chazelle's magnificent musical marathon, since it offers more blissful and uplifting moments than just about any other film from this past year. As a jazz pianist and an actress both struggling to reach their lofty goals, Ryan Gosling and especially Emma Stone are superb as they flirt, fret, fight and break out into song (and dance) at any given moment. As effervescent as the finest bottle of champagne, La La Land is an intoxicating cocktail that should particularly please anyone who automatically starts humming whenever Fred or Gene or Judy turns up on the tube.

3. ZOOTOPIA (Byron Howard & Rich Moore). As an animated family film, Zootopia is simply lovely. As a piece of social commentary, it's almost peerless in 2016, with its examination of cultural differences and poisonous prejudices particularly apropos given the current mood of fear and loathing in Trump's America. Despite fierce competition, the plucky bunny Judy Hopps (voiced by Ginnifer Goodwin) might be the movie year's most endearing protagonist. 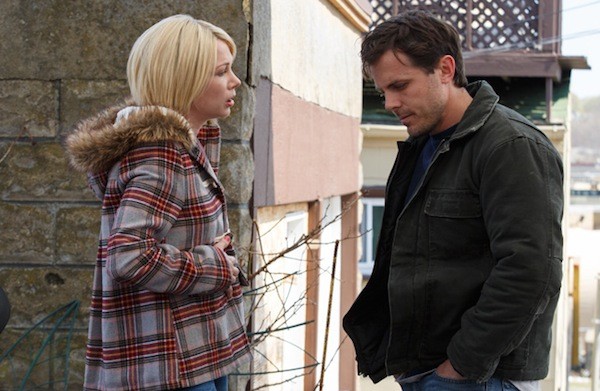 4. MANCHESTER BY THE SEA (Kenneth Lonergan). After the death of his older brother (Kyle Chandler), a temperamental janitor/handyman (Casey Affleck) returns to his Massachusetts hometown and deals with both his nephew (Lucas Hedges) and his ex-wife (Michelle Williams). Writer-director Kenneth Lonergan has crafted a beautiful bummer that nevertheless locates moments of hope and humility in its storm-tossed ocean of despair.

5. SING STREET (John Carney). Writer-director John Carney, who enjoyed a sleeper hit with Once, returns to the streets of Dublin for another music-minded gem that's even better. By setting his film in the 1980s, Carney is able to inject some amusing asides into his tale about a teenage lad (newcomer Ferdia Walsh-Peelo) who attempts to put together a band. Bonus points for including the best line of 2016: "No woman can truly love a man who listens to Phil Collins."

6. THE EDGE OF SEVENTEEN (Kelly Fremon Craig). One of the brightest coming-of-age films of recent vintage, this stars Hailee Steinfeld as a high school outcast who's upset when her only friend (Haley Lu Richardson) starts dating her older brother (Blake Jenner). Woody Harrelson (as a sarcastic teacher) provides the humor, the teens provide the heart, and writer-director Kelly Fremon Craig provides one of the year's most tragically overlooked movies.

7. HELL OR HIGH WATER (David Mackenzie). Two brothers (Chris Pine and Ben Foster) embark on a crime spree while a crotchety Texas Ranger (Jeff Bridges) sets out in hot pursuit. Moody and morally ambiguous, this is as much a character study of two dissimilar siblings as it's a tale cut from the reliable cops 'n' robbers template, and it's all set against a desolate backdrop that often mirrors the fundamental loneliness of its players.

8. EYE IN THE SKY (Gavin Hood). A military movie for modern times, this riveting drama asks whether the certain death of one innocent person is worth more or less than the hypothetical deaths of dozens, maybe hundreds, of innocent people. To their credit, director Gavin Hood, writer Guy Hibbert, and a top cast (Helen Mirren, Alan Rickman, Barkhad Abdi) offer no easy answers, electing to keep viewers as conflicted and uncomfortable as the characters.

9. FENCES (Denzel Washington). As director, Denzel Washington makes the sound decision to remain extremely faithful to the text of the late August Wilson's Pulitzer Prize-winning play. And as actor, he and Viola Davis — reprising their roles from the 2010 Broadway revival — are nothing short of remarkable as a married couple living in 1950s Pittsburgh and dealing with issues involving family, infidelity and dreams deferred.

Sleeper Picks: Eddie the Eagle; Everybody Wants Some!!; The Meddler; Our Kind of Traitor; Paterson; Tale of Tales

1. ZOOLANDER NO. 2 The top three films on this list are similar in that each was made by filmmakers who believe that profanity, scatology and stupidity are worthy replacements for wit, wisdom and timing. This dreadful sequel is the worst of the bunch — comprised of nothing but dead stretches, it offers even less laughs than an obituary column.

2. DIRTY GRANDPA This atrocity offers 97 minutes of Robert De Niro once again mugging shamelessly, Zac Efron once again displaying all the comic instincts of a dead hornet, and filmmakers once again tossing out the usual mix of gay panic and casual sexism. The result isn't a movie so much as it's a prison sentence.

3. THE BROTHERS GRIMSBY The espionage genre was sent up in splendid fashion in last year's Spy, but this eye-rolling abomination fails to generate any laughs whatsoever, with star and co-scripter Sacha Baron Cohen relying on a series of gross-out gags that reek of desperation rather than inspiration. 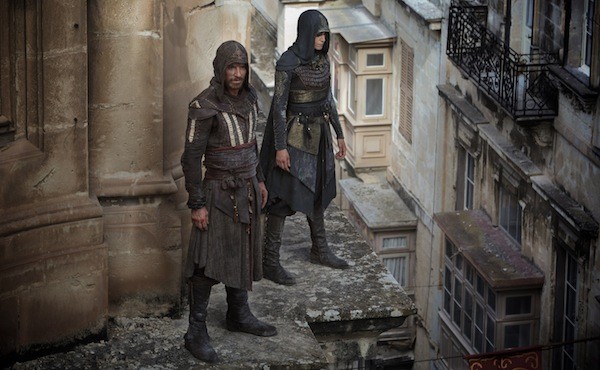 4. ASSASSIN'S CREED With a cast led by Michael Fassbender and Marion Cotillard, Assassin's Creed promised to be the first worthy video-game adaptation. Instead, it's a complete failure: visually drab, narratively daft, incessantly dull, and about as much fun as watching a snot-nosed kid playing Pac-Man down at the local arcade.

5. COLLATERAL BEAUTY Will Smith's latest Oscar-bait endeavor, about a depressed guy yakking with Love, Time and Death, manages to be both clumsy and clueless. The closest this train wreck will get to Oscar is if some guy with that name makes the poor choice to go see it during its brief theatrical run.

6. TEENAGE MUTANT NINJA TURTLES: OUT OF THE SHADOWS Among summer sequels, this one was even more useless than Independence Day: Resurgence. Michael Bay (who produced) has become as much of a brand name as Starbucks or Ikea, and those expecting sound and fury signifying nothing will receive exactly that.

7. SWISS ARMY MAN A favorite of hipsters everywhere, this features fine work by Paul Dano as a suicidal castaway and Daniel Radcliffe as a flatulent corpse but is otherwise incessantly annoying with its mix of sophomoric humor, studied affectedness and frat-boy attitude. 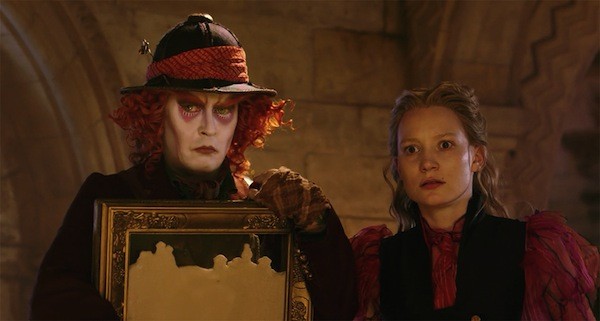 8. ALICE THROUGH THE LOOKING GLASS The title suggests that this ungainly eyesore is an adaptation of Lewis Carroll's Through the Looking-Glass, but don't you believe it — the filmmakers have about as much use for Carroll's wondrous text as a white rabbit does for a Wall Street Journal subscription.

9. GODS OF EGYPT After his laughable fantasy yarn proved to be a gargantuan flop, director Alex Proyas naturally blamed the critics, calling them "diseased vultures." The Onion, of course, had a better slant on the situation: "Leaked Documents Reveal Studio Executives Knew About Gods of Egypt Before It Released Onto Public."

10. LONDON HAS FALLEN In my March review, I wrote, "President Trump hasn't even taken office yet, but here we're already being force-fed the first motion picture under his new world order." What was meant as a sarcastic crack is now cold reality, which makes this punishing film's nationalistic nonsense even harder to swallow.