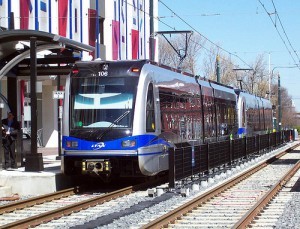 In WTF news: Why are state legislators all up in Charlotte's transportation business? Oh, right. Money. That's always the answer, isn't it?

Well, while our statesmen and women decide the immediate fate of our city's transit from a smaller city a few hours up the road, I'd like to point out that other "world class cities" have well-used mass transit programs. In fact, other "world class" countries have lots of transit, particularly trains.

You know what we have? Crappy air quality. One reason why is that we have to drive everywhere in pollution-spewing automobiles. I say "have to" because it's not safe to walk everywhere in this city, since the drivers often don't understand right-of-way laws and pretty much ignore crosswalks, speed limits or the need to crawl — not zip — through residential neighborhoods.

From The Charlotte Observer:

And it would kill Gaston County's proposed Garden Parkway toll road, using money from that project for urban loop roads, perhaps including Interstate 485.

Read the rest of this article, by Jim Morrill and Bruce Siceloff, here. And for more about transportation in Charlotte — including bikes, cars, public transportation —  check out our recently released three-part Transportation Special Issue.