Considering my life is like one long Saturday Night Live skit, I figured I would at least make a profit from it. I'm currently in Chicago performing at The Second City. And while I am here fantasizing about being Tina Fey's protege and playing improv games, I find myself playing a different game while out in Chicago's "Viagra Triangle," a sector of nightlife coined for its old money and old men. The new game we invented: "Dad or Date?" 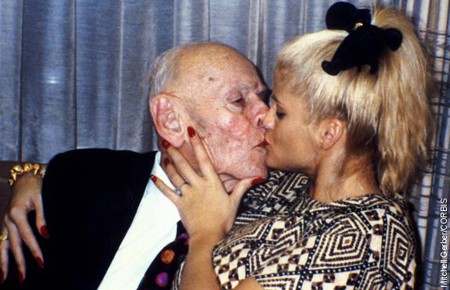 How do you play? Simple. You observe all the silver-haired men fine dining and wining hot young girls, and then try to determine the dynamic of the relationship. Are they having a father-daughter dinner, or is he just trying to be her big daddy. Father's Day was a few weeks ago ... just saying.

But while these young ladies are someone's daughter, when they're calling these male cougars "daddy" or "pappi," it's probably not in the same context.

If only these men would put a little less energy into dating girls their daughters' age, and more into being better fathers, then there would far fewer women with daddy complexes, dating men 20 years their senior, to substitute for the lack of a father figure in their life.

Speaking of dads, another edition of Sh!t My Dad Says, in honor of Father's Day: "As hard as you've tried, you can't ride two horses with one ass Brittney. That's what I want for Father's Day: You to sit your ass down."