Another gulp of The Big Brew Ha

The second annual Big Brew Ha, which took place at the Mint Museum Uptown on Friday, April 27, was held to benefit the historic St. Peter's Church of Uptown Charlotte.

The church is one of Charlotte's most treasured historic landmarks, dating back to 1893. Participants of The Big Brew Ha not only supported the preservation of St. Peter's Church but were treated to an array of delicious heavy hors d'oeuvres, a variety of international beers, and artisan coffee, as well as games and prizes. 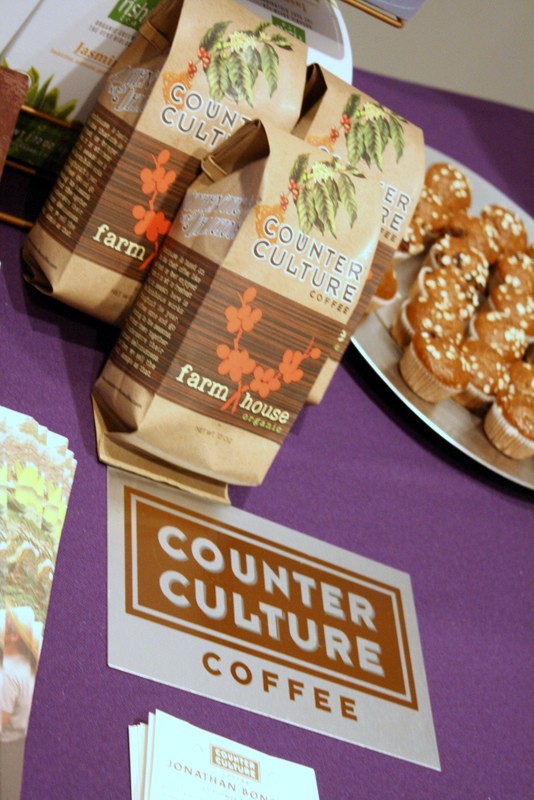 Coffee was brewed upon order using the pour over method by Counter Culture Coffee, from Durham, N.C. The folks from Not Just Coffee, a coffee stand in 7th Street Public Market were also there assisting with the brewing.

The beer pong tournament offered participating teams the chance to win a $100 gift certificate to Ticketmaster. Individual guests could also win prizes valued at over $20 each by taking part in the balloon pop. Volunteers walked around the venue throughout the evening offering guests the chance to pop one of their prize-filled balloons.

Beer was provided by MillerCoors, featuring an array of international brews including Peroni (from Italy), Pilsner Urquell (from Czecholslovakia), Leinenkugels Summer Shandy (beer and lemonade), Landshark, and Stella. The seasonally light beers were an excellent pairing with the warm April night.

For those with a sweet tooth, Lone Cone Toffee provided samples of their sticky sweet concoctions. The Big Brew Ha guests were treated to unique toffee pairings such as peppermint, peanuts, and coffee.

Whether you treasure the history of the Queen City, enjoy delicious food, international beers, or finely brewed coffee, The Big Brew Ha offered something for everyone.