Killington's up in Huntersville calls itself a "gastro pub." What does that mean anyway nowadays?

If the definition of gastro pub is a bar/restaurant that has high-end food and a good selection of beer, then I'd say Killington's doesn't quite fit that category. The food was decent, but by no means high-end. The drinks featured in the little card holder thing on the table were liquor cocktails, not beer.

The restaurant is located off exit 23 on I-77, in the Harris Teeter plaza. On the Monday night I stopped by, it was pretty glum-looking with only a few tables filled in the large space. Bare floors and the lack of music didn't help the atmosphere.

The dinner salad consisted of a nice mix of greens, and not the usual iceberg deal you find at most bars. My bbq duck wrap was flavorful, but I if you had told me it was just bbq pork, I would have believed you. The duck flavor was completely masked by sauce. The jicama slaw and pickles were tasty additions though. The fries that came with the wrap were plentiful.

The pies at the restaurant are provided by Carolina Pie Co. They happened to have Guinness Pie the night I was there. It was a chocolate/cream confection with a slightly gelatin texture. I didn't get any strong Guinness flavors, but our waitress explained it had a Guinness reduction in the cream layer. Interesting, to say the least. Take a look for yourself... 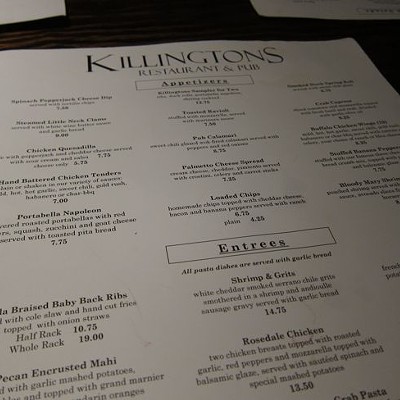 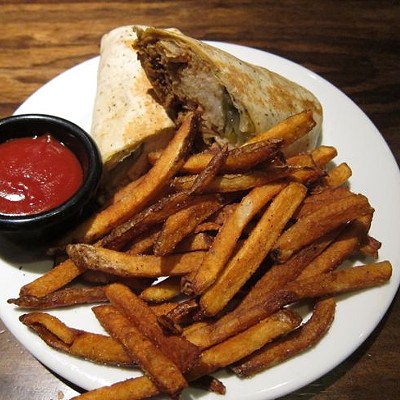