Ital is a lifestyle

When Xavier Stephens moved from Queens, New York, to the Queen City a little over a year ago, the Caribbean native brought Sun Burger Vege Cuisine with him. It wasn't difficult. Stephens' 100-percent vegan, 100-percent organic restaurant is also 100-percent mobile.

"At the time, it was a need for me to be self-sufficient and take my creativity and finances into my own hands," Stephens says. "This was a venture that I thought was fitting to what I love to do and also what I think I could share with my community," Stephens says.

What he wanted to share was a commitment to sustainability — and to Jamaican ital [pronounced EYE-tol] cuisine. He brings the lively Caribbean-style flavors of his culture to vegan food and the vegan lifestyle in a way that lovers of spicy meat-based foods also might find palatable. When I took my meat-eating, traditional-African-American-soul-food-loving girlfriend to the Sun Burger tent at the Bla/Alt black alternative music festival last month, even she admitted that this was food she could sink her teeth into. And she's a hard sell.

So I thought I'd chat with Stephens about his food, and the philosophy behind it.

By the way, you can find Stephens' Sun Burger Vege Cuisine tent set up in front of Gumbo, on Commonwealth Avenue, and at other locations around Charlotte. Just look for the red-and-yellow sun logo with a burger in the middle.

Creative Loafing: How do you make vegan burgers with no GMOs and no soy taste so lively and flavorful, like no vegan burgers I've ever had? 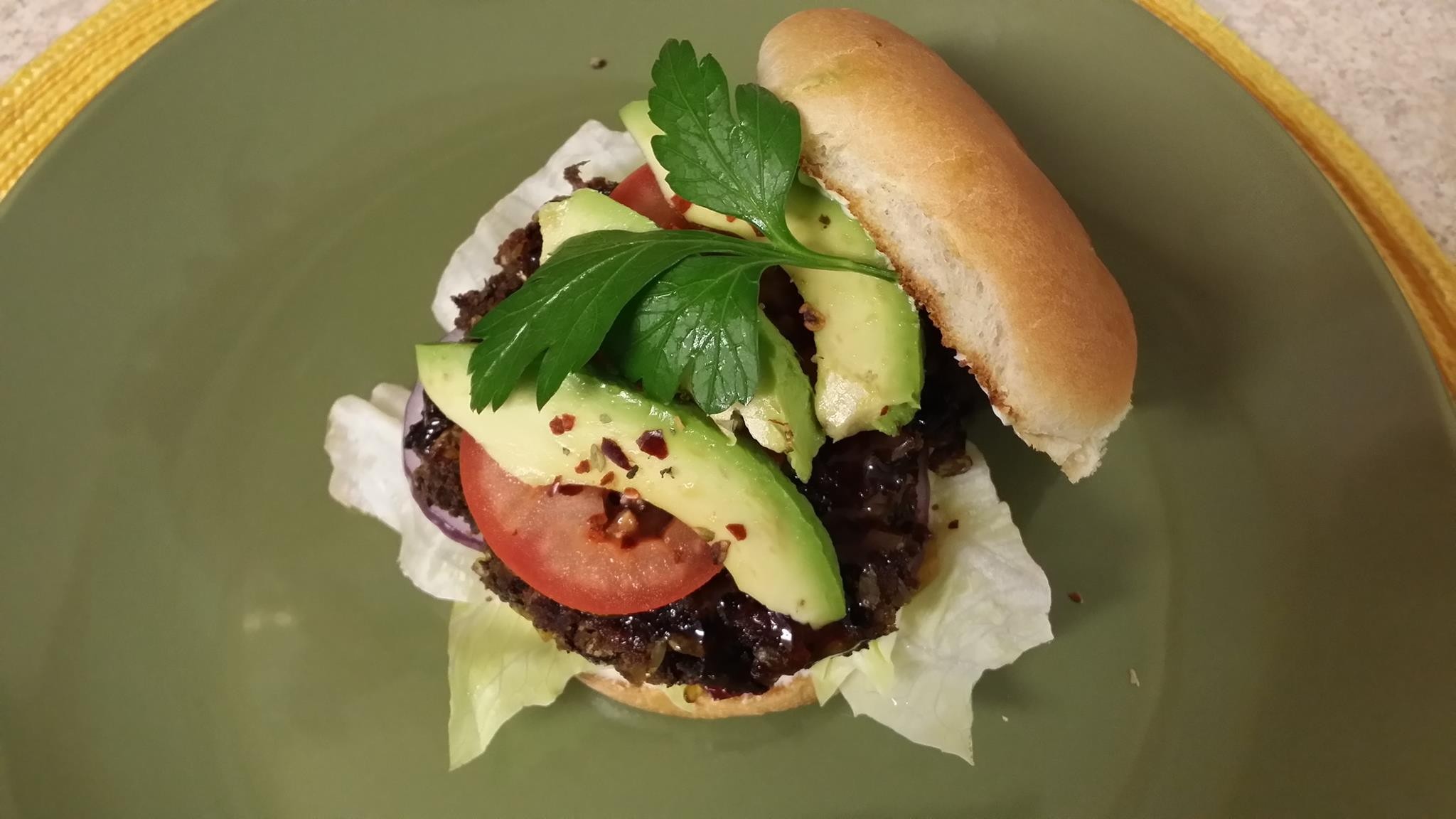 And what is that message?

Sustainability. This is ital cuisine, and ital is pretty much the Caribbean version of the vegan movement here. It's a movement that's understood to have been started in the 1930s by a Rastafarian community in Jamaica. So you had people who lived away from society, who were self-sustaining, who planted their own food, and that's what they ate. And it was vegan: there was no dairy, no meat, no meat byproducts.

Ital was a lifestyle, but it was also a resistance movement, you know, to sway away from the decadence of a society which was represented by people who ate meat. It was a conscious movement. So that's the core of the flavors, in terms of where the cuisine that we offer comes from.

Sometimes this places us in a precarious position when we observe the vegan movement here in America, because we have intention behind what we're offering. We're not just out here cooking food. And we're not just jumping on the vegan bandwagon. We have a deep understanding of the core of this movement, the message behind the food — self-sufficiency, sustainability. This is just one vehicle we use to communicate that message.

Still, vegan food and the vegan lifestyle are gaining in popularity in Charlotte and elsewhere. That must be good for business, isn't it?

It definitely has a positive impact, from a business perspective. And I think it's great that the market is expanding, visibly, and that people in the community are more receptive to this variety of cuisine. I think that's an indication of where the consciousness of the community is going.

And that's the most important part of it, to me. We want to be an intimate part of the community here. And we have an intention behind what we're doing: sustainability — an awareness of where we are as a species on this planet, living in consciousness and respect for all sentient beings, and understanding that we have a role to play in terms of what we hand down to future generations. So there are many avenues that we're bringing. It can be very personal, in that sense, but it's also a very enjoyable, creative process to try and morph a message with the kind of food we think a community needs.

Watch chefs cook ital cuisine in the hills of Jamaica in this video from iReggae Nation.