When I saw that Uptown Cabaret was hosting an all-male revue, I felt it was my sexological duty to attend. I grew up watching the Chippendales perform on The Donahue Show, with their trademark cuffs and collars, but I had never seen them live. As luck would have it, I recently made friends with Ava, a woman with connections to Charlotte's community of strippers, madams, escorts and the men who love them. She invited me to join her and her friends for a wild night out.

We started with a stop at the Midnight Diner. Heads turned as we made our way to the big corner booth. I was with women who were obviously well taken care of: hair and nails perfect, flawless skin and makeup, expensive jewelry, six-inch heels, and a WGAF attitude. I was prepared to feel insecure in their company, but they were friendly and welcoming. I think they liked the idea that they were going to educate the "expert." 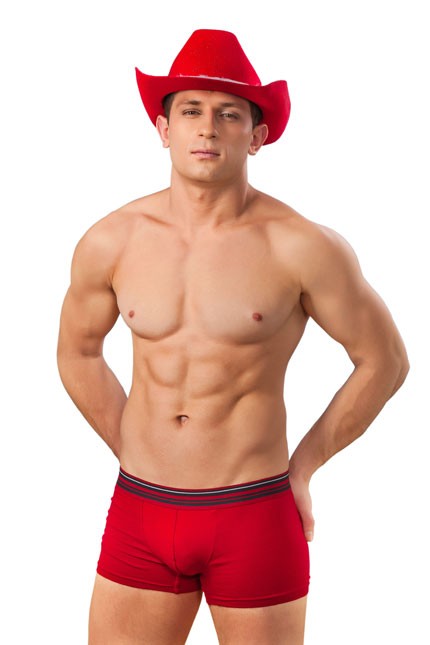 After dinner we made our way down the block to the Cabaret. Once we stepped inside and the staff recognized Ava, we were ushered to the front of the line. Ava paid for everything, including front-row tables, bottomless pink champagne, shots out of a guy's tiny tight briefs, and later on - lap dances. At one point, she reached into her bag and slapped down three bands of singles on the table. She came prepared.

The "dancers" were not very good dancers at all. For doing 20 shows a month, they seemed like they had only rehearsed the night before. Then again, the ladies came out that night to see tight buns and impeccable pecs. The whole thing - the bad dancing, the costumes, the awkward lip-syncing, the music - it was all laughable, just as I had imagined it would be.

The guys did the usual routines: firemen, military and their "Save a Horse, Ride a Cowboy" performance was perfectly cheesy. At times, they looked bored or annoyed. I imagine the life of a male stripper can be tedious and not necessarily profitable. I talked to one of the guys after the show. He has been dancing for 12 years and is married to someone he met at a show. He told me that despite the drawbacks, he keeps touring. He has tried to take a different career path, but he says he misses the stripper life and always comes back.

One of the first articles I wrote for this column was about the book "Take It Off" and what those guys wrote about their life was pretty much what I saw that night at Buns 'n' Bowties. There were dancers who were obviously years beyond their prime but still trying to impress the ladies. There were young guns just starting out, reveling in the attention. There was the table of white-haired septuagenarians behind us. There were middle-aged women all too eager to fondle and be fondled. And most of all, there was a room full of women having a good time.

Women love to see nice bodies, for sure, but unlike for many men, seeing someone dance and strip for us is not our fantasy come true. (Our fantasy come true is a man who remembers to take out the trash in the morning and pick up the milk on his way home.) Watching men dance is funny (at least to some of us) because they are doing for us what they want us to do for them. One of my girlfriends agreed and said it's not sexy to her because despite the hyper-masculine costumes and free-flowing testosterone, "it's just too feminine."

The best act of the night was silly too, but this guy knew how to work a crowd. He looked us ladies in the eyes. He moved his hips slowly, then rapid-fire. He smiled. I really believed this guy; he wanted to make love to every woman in the room. Women lined up in two rows just to get near him and stuff their remaining ones in his pants. He made more money in one dance than the other guys did dancing all night.

Thanks to Ava, I had a great girls-night-out. It was also a surprisingly encouraging and supportive experience. The peer pressure wasn't so much about indulging in something "naughty" as it was about letting go - of shame, of insecurity, of political correctness. There are not many places where our desire is celebrated with such gusto.