Bathing with young kids is no big deal

There's a picture posted to Instagram of Chicago bishop Larry Trotter in the bathtub with his 4-year-old granddaughter that's been the subject of a heated debate on social media lately. I first saw it on a blog, and a few days later one of my friends posted it to Facebook - in both instances, the comments were overwhelmingly negative. Trotter was called a pervert and a pedophile, the girl's mother regarded as completely irresponsible, and some even suggested that Child Protective Services become involved. Personally, I think that Trotter's only sin is poor judgement for posting the picture to the Internet.

I can't say I'm surprised about the negative reaction the photo has received. There are a few pictures on my phone of Tony in the bath with our boys that I haven't posted online to avoid potential accusations of impropriety. But - and now I'm the one exhibiting poor judgement by declaring this to the Internet - generally speaking, I don't think it's wrong for a child to take a bath with a trusted adult family member. My kids do it all the time. 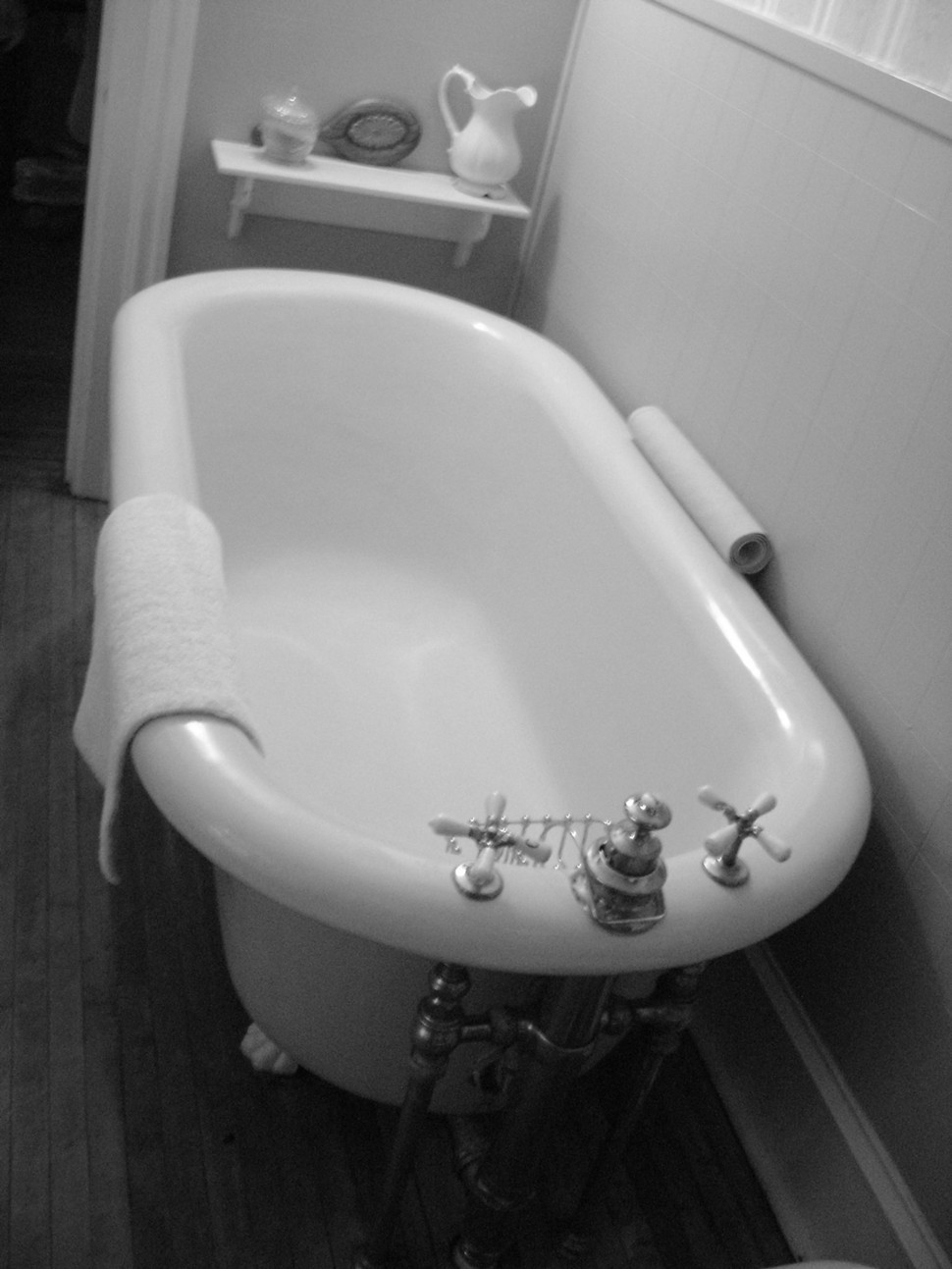 I have absolutely no reason to believe that the people my sons bathe with would ever do anything inappropriate to them (I'm one of them, by the way). The mere fact that we are adults and my boys are kids doesn't automatically make us predators.

Just to be clear, these shared baths are not coordinated events in my household. Usually, they occur spontaneously and as a matter of convenience. Sometimes the reasoning is, "I will get just as wet by standing outside the tub in my attempt to bathe this child so I might as well jump in, too, and kill two birds with one stone." Other times a kid decides to strip down and hijack someone else's leisurely bath by turning it into a splash fest. Either way, it's never a big deal for either party.

I fully realize that there will come a time when it will be big deal. When my sons will become aware of their bodies and won't want to be seen naked. When they will consider nude adults to be absolutely gross. But that time hasn't come yet. My kids - who are 8 months and 3 and a half - don't feel the least bit ashamed when their clothes are off. They don't yet know that our bodies can be used for anything improper. This is a magical, wonderfully innocent stage in their lives that I'd rather not cut short by limiting them from being naked around trusted family members.

Pedophilia and sexual child abuse are real, serious problems in this country and I concede that eventually - when my children start to spend more unsupervised time around other adults (such as when they begin to have sleepovers at friends' houses) - I will have to sit down and have a serious conversation with them about what is and isn't appropriate regarding their bodies. But for now, I enjoy bearing witness to the freedom from social norms, propriety and evil only children can experience.