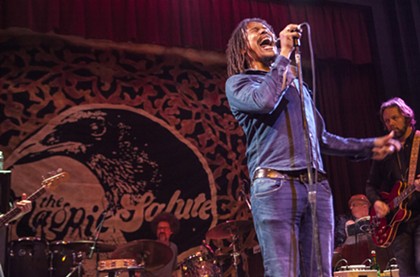 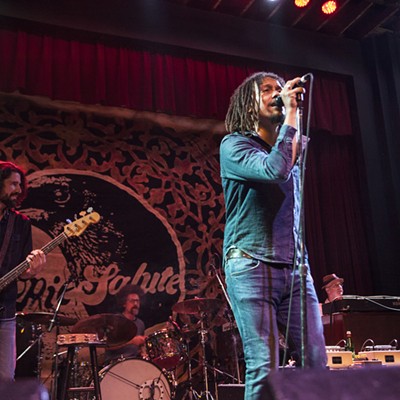 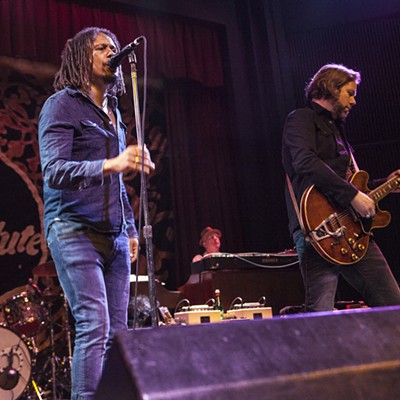 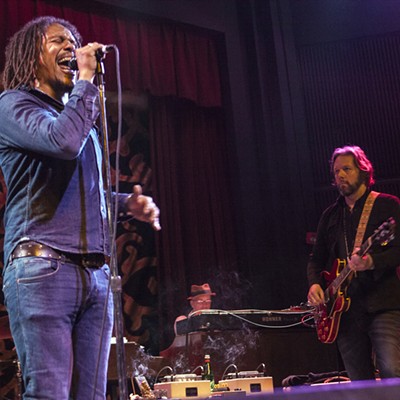 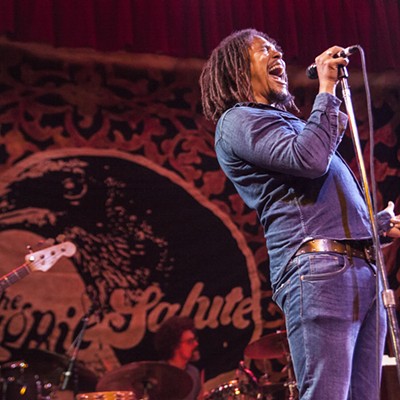 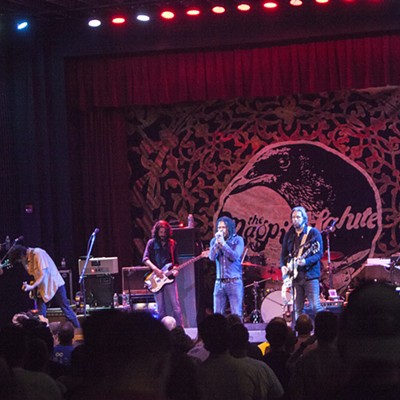 If you walked into the Neighborhood Theatre on Tuesday night expecting to simply hear a Black Crowes cover band playing hit after hit, you were in for a rude, yet exciting, awakening. Sure, the former members of the Black Crowes played a good number of cover songs, but they were mostly off-the-radar tracks. Their set also included originals, a couple of Rich Robinson covers and a Marc Ford song. The end result was a sonically charged-up band that's forging down a path of its own. It's partly thanks to three talented guitarists, including Rich Robinson and Marc Ford, a trio of backup singers adding fantastic depth and the vocal lead of John Hogg (Moke, Hookah Brown). The 10-piece rock band cruised through a rock-heavy set that enticed the crowd with hints of Southern soul and blues. Sure, the Crowes songs are always nice to hear, but this outfit might just have solid footing on its own.