August 24, 2016
comment
Back in 2013 when Pat McCrory and his gerrymandered government were dragging North Carolina back to Jim Crow with a litany of unconstitutional legislation, Jon Lindsay and the North Carolina Music Love Army recorded “Dear Mr. McCrory," a protest song lambasting the state’s restrictive voter ID requirements. The United States Fourth Circuit Court of Appeals has recently struck down the discriminatory law. 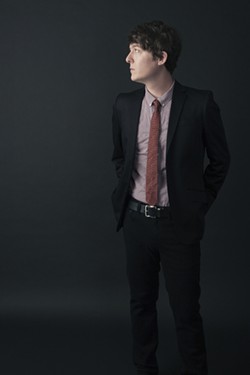 Now, with voter suppression on the ropes, Lindsay and the Love Army return to take on trans-phobic House Bill 2 with "When You Were a Young Man,” a new song addressed to the governor which Lindsay calls “a sequel to ‘Dear Mr. McCrory’.”

Featuring Pierce Freelon, JSWISS, and Topiq the Smooth Prophet, the tune is a teaser for a new six-track EP, Happy Old Pictures, which will be released on Love Army Records on Friday, Oct. 7, one month before the national and state election.

The Gospel-infused “Zebulon," is a character portrait of a McCrory’s supporter, “ a guy who feels his world is slipping away from him and never coming back,” Lindsay says. The title tune, “Happy Old Pictures," acknowledges that progressives also need to let go of nostalgia. “Maybe we can never get back to the progressive past we’ve lost,” Lindsay maintains, “but we can get out in the streets with our sisters and brothers and make it something better.”

The EP’s release coincides with Stand Against HB2, “a powerful concert series that has been touring statewide,” says Lindsay. The all-star show, boasting a rotating roster of tarheel performers, comes to the Neighborhood Theatre on Saturday, Sept. 24th with Carey, Six String Drag, The Houston Brothers, The Loudermilks and many more joining Lindsay onstage.

Lindsay is donating money raised by his music and shows to a slate of progressive candidates running for public office across the state. He’s heartened that the right wing’s racist voter suppression has been checked, but adds that McCrory’s administration will have a lasting effect for generations. “It will take a long time to undo the damage they’ve done,” Lindsay says.