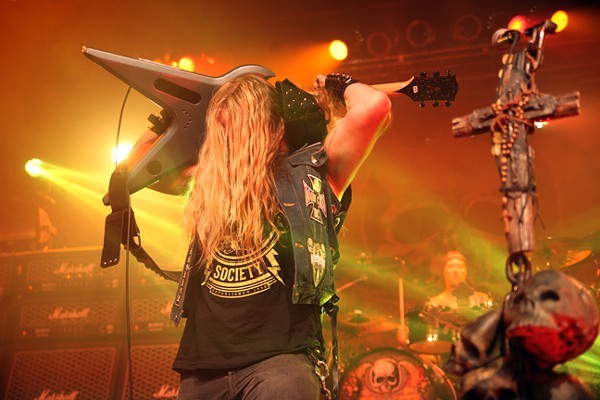 Watching Black Label Society frontman Zakk Wylde play a guitar is a lot like watching a Hell's Angel ride a tricycle. It's about power and speed, not about simplicity or intense emotion. For the better part of 10 minutes, Wylde unleashed a solo in the midst of his BLS concert on Sunday night at the Fillmore that was relentless. His left hand flew up the fretboard while his right chugged across the strings vigorously. Staccato notes bounced off the walls in a barrage on the audience. It never really ended, either. Instead, the band returned to the stage and rolled right into the next song, "Godspeed Hell Bound."

There are guitar solos that serve songs and there are displays of self-aggrandizing guitarsturbation that are pointless. I'd say Wylde's moments in the spotlight are somewhere in between. They lean more toward self-serving, sure, but how many guitarists out there can do what he does with the same level of speed and skill? The now 48-year-old had to fill the shoes of deceased Ozzy Osbourne guitarist Randy Rhoads — when he was 19. To metal fans, Wylde is a guitar god. 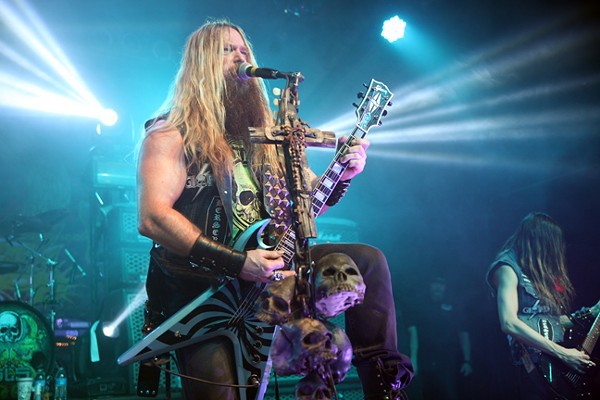 For about an hour and 15 minutes, Black Label Society blasted loud, churning metal that was far more melodic than either of the opening bands. Hey, the guy did play with Ozzy Osbourne for the better part of two decades. He paid tribute to his good friend "Dimebag" Darrell Abbott with the song "In This River." Wylde closed his set with the song "Stillborn" as he cruised through solo after solo showcasing his talents and high-speed techniques.

The night opened with a 30-minute set by the two-female fronted Butcher Babies and a 45-minute set from Hatebreed — both of which will return to Charlotte in May for Carolina Rebellion and did solid jobs of getting the crowd ready for Wylde and Co. 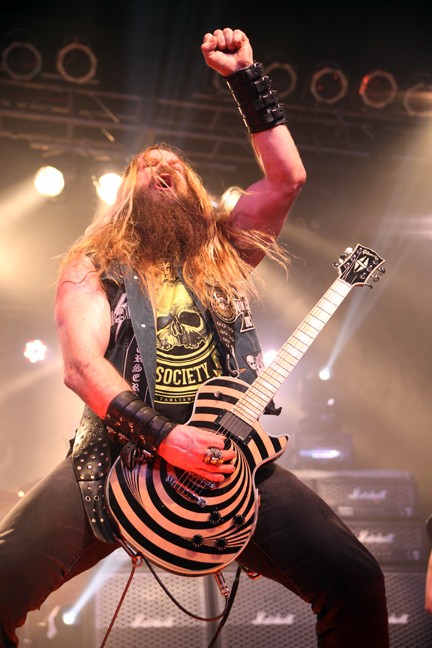