With a hint of Carmen Miranda in her clothing and a glass of wine in her hand, British singer Neon Hitch took the Double Door Inn stage on Nov. 2 and immediately captivated the small crowd in attendance. Her sassy attitude took center stage as she sang, danced and flirted her way through an entertaining 10-song set.

Hitch played a range of songs — from opener "Gypsy Star" from her 301 to Paradise mixtape to "Fuck You Better," the debut single from her Warner Bros. days, and even "Ass Back Home," the Gym Class Heroes song she was featured on. Hitch was signed to Warner Bros. a few years ago, but her album was shelved. "Yard Sale," her set-closer, is from her upcoming self-released debut, Eleutheromaniac.

Much like the diversity of her songs' backgrounds, Neon Hitch's voice and stage presence are the main focus of her performance. She has plenty of pop sensibility, working in sexuality and a flirtatious attitude that don't take away from her vocal strengths.

"Yard Sale" - the studio version has more a worldly rhythm - got a No Doubt-esque makeover thanks to a trombone lead driving the song as Hitch's closing number. As the song wound down, she simply dropped the mic and walked off stage without an encore in "my work is done here and I fuckin' killed it" style.

Hitch was preceded by a short set from singer/guitarist Jackson Breit, a bro-rock solo performer that sounded a bit like a PG-13 Jack Johnson hanging out with G. Love. His songs had catchy grooves and choruses with storytelling lyrics that kept the listener focused.

On first glance, Carmen and Camille looked a bit misplaced — as if they should be on tour with Katy Perry instead of hanging out in a small Charlotte venue. Look up past photos of the previously blonde duo and you might think more of the same. However, the girls proved quickly we shouldn't judge a book by its cover. There's a lot of pop infused in the duo's rock songs, but the twin sisters' multi-instrumental abilities and vocal harmonies showed solid potential. I got the impression that they are still trying to find solid footing within the music industry as for who they are and how to market themselves, but there's ability and determination driving them.

The night's opener was rock outfit The Last Year, who played a nine-song set that quickly warmed up the crowd. The band infused plenty of '80s-style synth combined with '90s alt-rock inflections for a familiar, but updated sound. 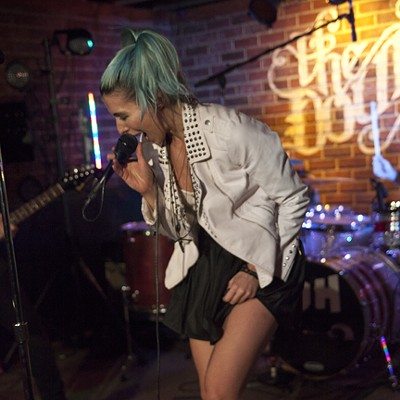 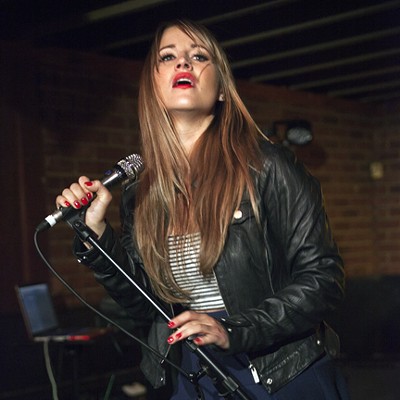