Chuck Brown, the man who kept go-go going and going in Washington, D.C., has died. He was 75. Born in Gaston, N.C., Brown developed his deep, funky, Latin-flavored sizzle during the disco '70s. In contrast to disco's glitter, Brown was more southern soul and gritty Funkadelic than shimmery Chic, but it all competed and flowed together on the D.C. dance floors of the era. He was a live-music machine, known for his playful call-and-response interaction with his audiences. Brown cut his best-known songs - "I Need Some Money" and 1978's "Bustin' Loose," which topped Billboard's R&B chart - with the Soul Searchers. 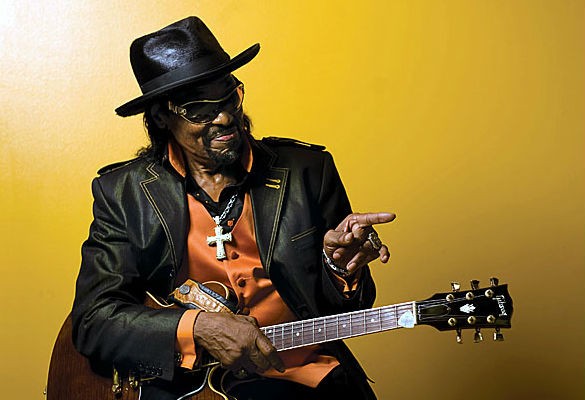 When hip-hop began dominating black music in the early '80s, some of the more funk-based acts of the time - Trouble Funk and E.U. - brought Brown's gritty sound to a younger generation. In more recent years, Brown has been a staple performer at parties during the Charlotte-based annual CIAA basketball tournament. Earlier this year, he was forced to cancel his CIAA performance at the last minute.

The death of Brown is to D.C. what the death of Frank Sinatra was to New York City or Elvis to Memphis. Brown defined the District and will be missed. Award-winning former Creative Loafing music editor Kandia Crazy Horse will be filing a tribute to Brown for CL on Friday. Below is an except from Washington Post local politics reporter Mike DeBonis' blog.

Go-go godfather Chuck Brown's death Wednesday is a family tragedy and a loss for D.C. music and culture. It's also cause for a moment of collective mourning deserving of a grand send-off for a civic icon.