Levon Helm passed peacefully this afternoon. He was surrounded by family, friends and band mates and will be remembered by all he touched as a brilliant musician and a beautiful soul. 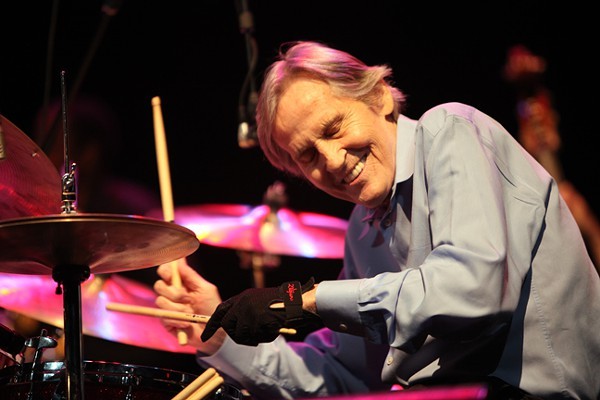 Helm, who anchored songs including "The Weight," "Up on Cripple Creek" and "The Night They Drove Old Dixie Down," had been battling the disease since the late 1990s.

He returned to music as a solo performer in 2007 with the Grammy-winning Dirt Farmer - his first studio album since 1982. In 2010, his album Electric Dirt won the Grammy for Best Americana Album. In 2011, his live album, Ramble at the Ryman, won yet another Grammy.

I had the chance to see Helm perform twice - at Bonnaroo in 2008 as Levon Helm and the Ramble on the Road and at Charlotte's Knight Theatre in 2010 as the Levon Helm Band.

In Tennessee, Levon Helm and the Ramble on the Road followed the Avett Brothers in The Other Tent. While the tent and adjacent grounds were overflowing for the Avetts, less than half stuck around for Helm's set. Helm, however, couldn't care less and was always seen with a huge grin, enjoying every moment on stage.