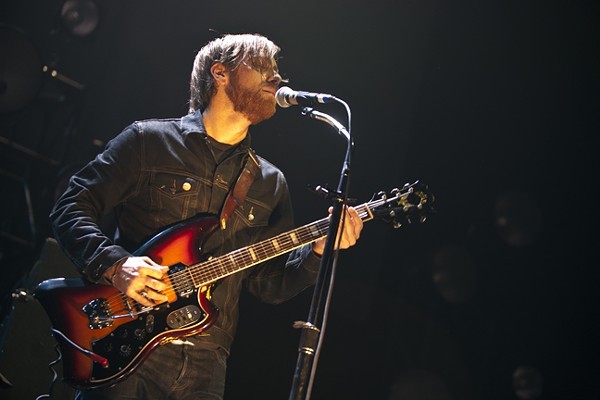 The Black Keys like to keep it simple. "We are the Black Keys. Let's get it started," was all guitarist Dan Auerbach had to say before the band launched into a 90-minute set at Charlotte's sold-out Bojangles Coliseum on March 24, 2012. 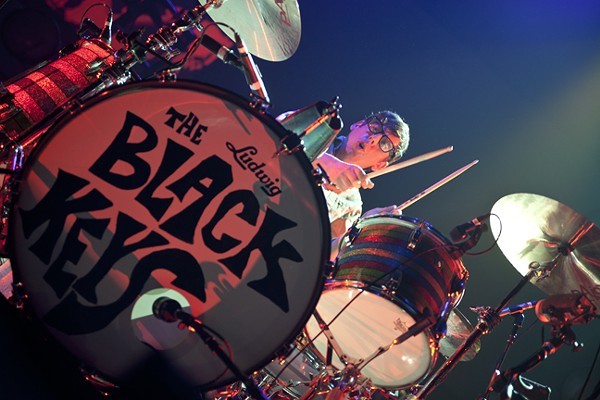 Drummer Patrick Carney unleashed the familiar thump of "Howlin' for You" as Auerbach released its riff and the duo quickly found its rhythm. A majority of the set focused on the Keys' latest albums, 2010's Brothers and 2011's El Camino, though they did find moments to revisit their past.

After a handful of recent songs including the latest single, "Gold on the Ceiling," the band went back to 2004's Rubber Factory for "Girl is On My Mind" and later "Your Touch" from 2006's Magic Potion. 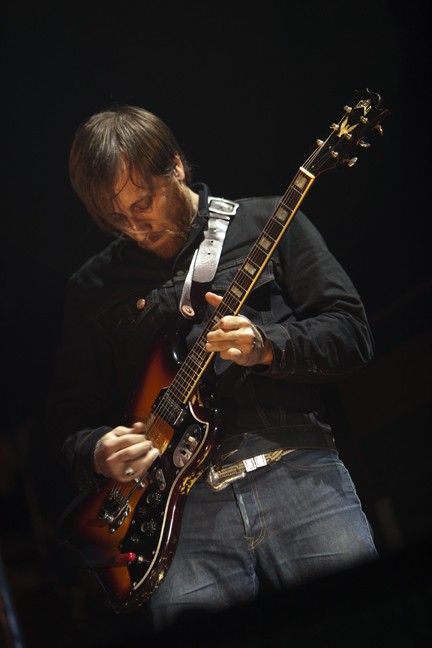 The acoustic sobriety of "Little Black Submarines" got a plugged-in touch for one of the night's stand-out performances. Auerbach stood alone, finger-picking his guitar and crooning to the crowd before the band crashed in behind him, bringing the song to a soaring close.

The Black Keys had plenty of moments to shine as a duo, but touring musicians Gus Seyffert and John Wood, who remained in the shadows for most of the night, supplied regular help. On their own, Carney and Auerbach were clearly enough to bring the music to a depth of its own, finding time to perform as a duo for a few songs, including "I'll Be Your Man" and a stellar version of "Girls on My Mind."

Keeping it simple was the theme as the Keys let the music do the talking, offering little in the way of showboating. Sure, there were occasional lasers, but for the most part the show remained simple with stands of lights along the back of the stage offering the only bits of flash.

The night's other highlights included the '60s-rock style of "Nova Baby" and the get-the-crowd-moving set closer of "Lonely Boy." The band returned for a three-song encore that included "Everlasting Light" and a soul-inspiring "I Got Mine" as a flashing "The Black Keys" sign was lowered behind them.

With seven albums under their belt, it's surprising that the Keys revisit the same setlist night after night (though Charlotte wasn't offered "Thickfreakness" as they've been playing at other tour stops). Offering a bit more from the band's catalog would not only appease long-time fans, but also reinforce to any Johnny-come-latelies that there were albums before Brothers and El Camino. 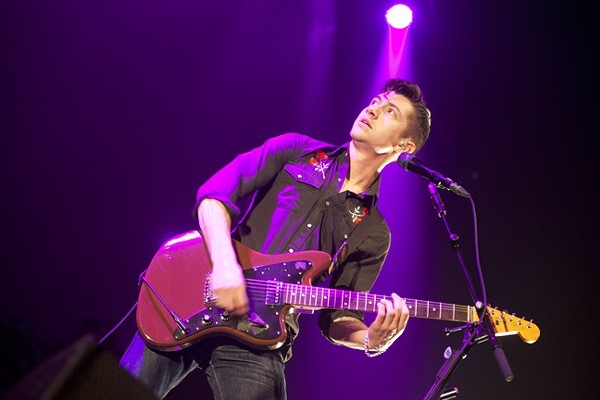 Arctic Monkeys opened the night with an hour-long set full of upbeat indie-rock that was splashed with hints of The Clash's attitude. The Monkeys hit the ground running and were the perfect opener to get the crowd warmed up, though the sound was a bit muddied and the lights were heavy on the strobes. The more familiar songs - "I Bet You Look Good on the Dancefloor" and "Fluorescent Adolescent" - got stronger reactions, while the English band tried its best to introduce itself to what looked like a mostly unfamiliar American audience. 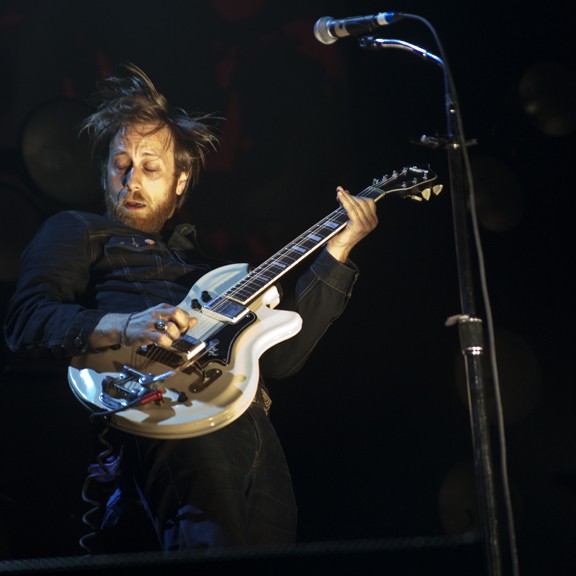 Encore
Everlasting Light
She's Long Gone
I Got Mine