When I heard Taking Back Sunday singer Adam Lazarra broke his leg over the weekend due to a tree falling, my assumption was that the Charlotte resident was injured during the storms that spawned tornadoes in the area.

Actually, he was in Michigan where the band is working on its next studio album. Not exactly what you'd expect from someone who jumps around on stage. Lazarra is expected to be in a cast for the next four to six weeks. 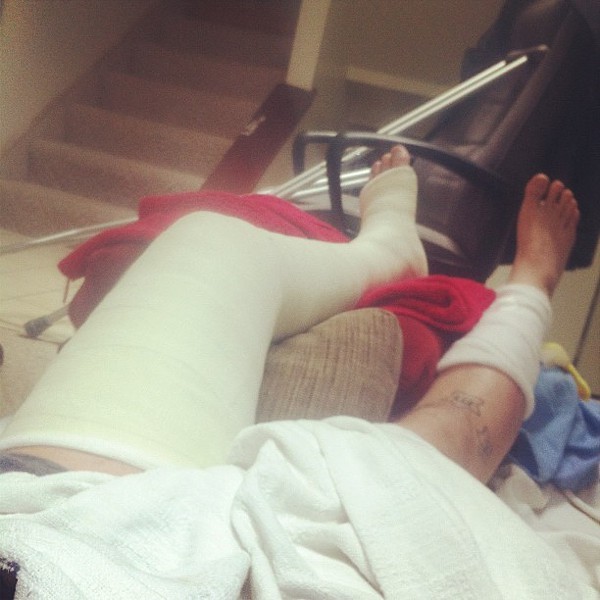