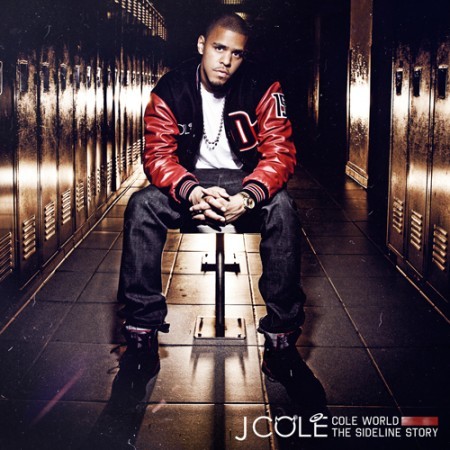 In an episode of the CBS courtroom drama The Guardian that aired in 2003, attorney James Mooney, played by actor Charles Malik Whitfield, tries to persuade an academically gifted young man to stay in college and keep living with his adopted white parents instead of running off to New York with a group of thugs to become a rapper. In a pivotal scene, the attorney confronts the young artist, who’s concerned that his white family will damage his street cred. Mooney asks the kid if he’s ever actually experienced the gun-battle mayhem in his lyrics. The answer is no, of course, and the underlying suggestion is that since the kid’s credibility is already compromised, he should focus on something besides hip-hop.

Eight years and one Kanye West later, the idea that a mainstream rapper without proper street cred should consider another career is TV-script banality at its worst, even if it didn’t seem so ridiculous to some folks a few years ago when Fiddy was bragging about the nine bullets he’s taken. Despite what some corporate record labels continue to sell, great hip-hop has never been about how gangsta an artist is. It’s about good beats, good wordplay, good delivery, and good storytelling — period.

Underground hip-hop has always known that, of course — and so has Jay-Z. That’s why rap’s most famous entrepreneur smartly tapped J. Cole to be among the first signees to Roc Nation, the label Jay-Z created last year in a multimillion-dollar deal with Live Nation. Cole’s early mixtapes revealed an artist who was the total opposite of mainstream hip-hop’s cartoonish clichés. The music was raw, smart, with great beats, good lyrics and intelligently picked samples.

Cole World: The Sideline Story is the N.C. rapper’s long-awaited Roc Nation debut, and a solid beginning for Cole that's already rocketed him to No. 1. But like lots of post-mixtape debuts, the album doesn’t feel as gritty or organic as its predecessors. Which is not to say Cole has traded all his earlier roughness for sheen. He opted not to bring in big name producers, choosing instead to self-produce 15 of the 18 tracks, which include some interesting sonic juxtapositions. His collaboration with Trey Songz on the Brian Kidd-produced “Can’t Get Enough,” for example, weaves in Afropop guitars, percussion and vocals from the Guinean ensemble Balla et ses Balladins’ sublime 1980 song “Paulette.”

Cole, who graduated magna cum laude from New York’s St. John’s University, has never shied away from showing off his intelligence or wearing his heart on his sleeve. In “Breakdown," he addresses his absentee dad: “Look, I just shed tears, homie ... Just seen my father for the first time in a minute, and when I say a minute, I mean years, man.” In “Lost Ones,” Cole even takes both the man and woman’s perspectives in a complex argument over pregnancy and abortion. “I ain't too proud to tell you that I cry sometimes,” Cole rap-sings in the song’s refrain. Not that his male protagonist gets a pass for being sensitive — Cole follows with a verse from the woman’s point of view: “Nigga, you got some nerve to come up to me talkin’ ‘bout abortion. / This my body nigga, so don't think you fi’na force shit.”

Since he arrived on the scene in the latter part of the last decade with nostalgic tales of high-school hoop dreams over snippets of ‘70s Millie Jackson and Curtis Mayfield songs, Cole has never claimed to be something he isn’t. If anything, he’s bent over backwards to directly address his Fayetteville childhood living in a trailer and then moving into more of a middle-class lifestyle. He’s expressed mixed feelings about the money he spent on his college education in New York City. And he’s consistently struggled between empathizing with friends left behind to navigate the streets and defending his own move away from that life.

Unfortunately, Cole chose to kick off the new album with an old track he’s included on not one, but two earlier mixtapes. Dating back to his first mixtape, “Dollar and a Dream III” is better than the original version on 2007's The Come Up — which found him sampling Beanie Sigel and Scarface’s “Mom Praying” — but not as good as the rougher, grittier second version on 2009's The Warm Up. Here, Cole’s tale of street hustling (including an obligatory blind-Stevie couplet, “Life can't get any worse / Stevie with his glasses off”) gets more of a Disney-esque treatment, with dramatic electronic swells nabbed from the Kingdom Hearts II videogame soundtrack.

If Cole’s big-label debut isn’t the creative crazy-quilt that last year's free download, Friday Night Lights, was — with its hometown nostalgia mixed into a dizzying collision of offbeat snippets ranging from Janelle Monáe and Erykah Badu to the obscure ‘70s prog-rock band Focus — it’s still rougher and more interesting than most mainstream hip-hop. And one thing’s for sure: Cole’s life is no clichéd TV script. He wasn’t raised by white parents, but he did grow up in a mixed-race environment that had him exposed to both Peter Paul & Mary and Tupac Shakur; he did complete college, but it hasn’t threatened his street cred; and he comes from a North Carolina military town, not Atlanta or New York. And yet no one could claim Cole doesn’t have the proper bona-fides to tell another rapper in the Cole World bonus track “Who Dat” (another recycled song, but one that stitches together an obscure ‘70s horn chart with DJ Shadow and a monster rhythm track): “Boy, stick to ya day job. Said you was hot, but they lied.” This may not be the masterpiece you were waiting for, but J. Cole remains as hot as ever — and that’s no lie.