The electricity coursing through the 1,000-strong crowd at the Fillmore Charlotte Wednesday night was intense long before Manu Chao's touring band hit the stage with a propulsive and swinging beat. When the man himself appeared behind the drum riser, the cone of energy rocked the roof and seemed to rattle the Fillmore's signature chandeliers. Strumming an acoustic guitar, backed by a nimble and powerful trio on bass, guitar and drums, Chao scarcely stood still during the band's nearly two-hour stew of Latin, reggae, folk, punk, hard rock and psychedelia.

International superstar, godfather of Latin alternative, strolling minstrel and effortless internationalist, Chao sang in a mix of of Spanish, French and English, leading the crowd in catchy choruses that resembled football cheers and long-remembered folk songs. Feeding off the crowd's energy, Chao and his band upped the ante and fed it right back to the dance floor. Mexican and Brazilian flags unfurled amid outbursts of crowd surfing. Songs that began with folksy strumming suddenly surged into hard rock squall before settling back into loping island rhythms.

And the songs are killer. Voicing concerns with social justice, the dignity of man and the simple joy of living, compositions like “Rainin' In Paradize”, “Politic Kills”, “Clandestino” and “Welcome to Tijuana” alternately cradled and rocked the house. Interspersed with “Radio Bemba” backtalk and quirky sound effects, songs flowed effortlessly into each other like the coolest, most organic radio station on the planet. Indeed, an extended workout of “La Primavera” morphed into a rapidly rapped “Bongo Bong”, a song that stretches back to the 1990's and Chao's seminal Latin alt band Mano Negra.

The pace would be relentless if it wasn't so joyous. Amid shout-outs to “Sexo Marijuana!”, the fun was contagious. While the attack and drive of Manu's crew packed the power of punk, it dispensed with punk's frequent angst and underlying darkness. Along with sing-alongs and shout outs, Chao employed effective bits of stage business like pounding the mic into his bare chest to simulate a heartbeat. But his stagecraft never seemed calculated. During the evening's more frenetic moments, Chao looked as caught up in the whirlwind as the rest of us, gazing wondrously up into the vortex.

A charismatic and down to earth front man like Joe Strummer or Bruce Springsteen, Chao is rightfully considered everywhere outside the U.S. as a populist figure on par with Bob Marley. As Wednesday night's performance showed, he is also part shaman, leading the audience in a joyous invocation, a shared celebration of living, where every participant is as important as the musicians onstage. 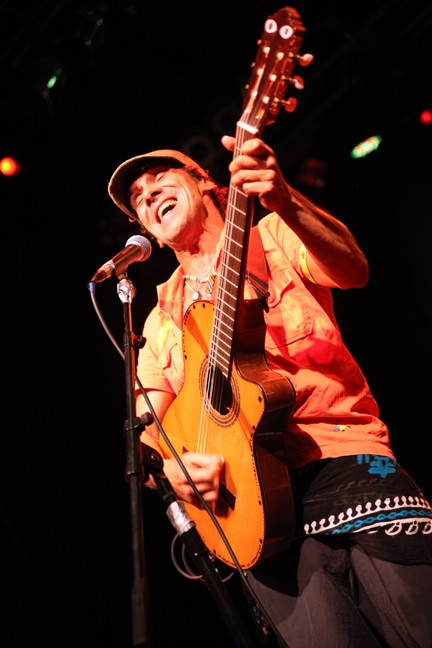 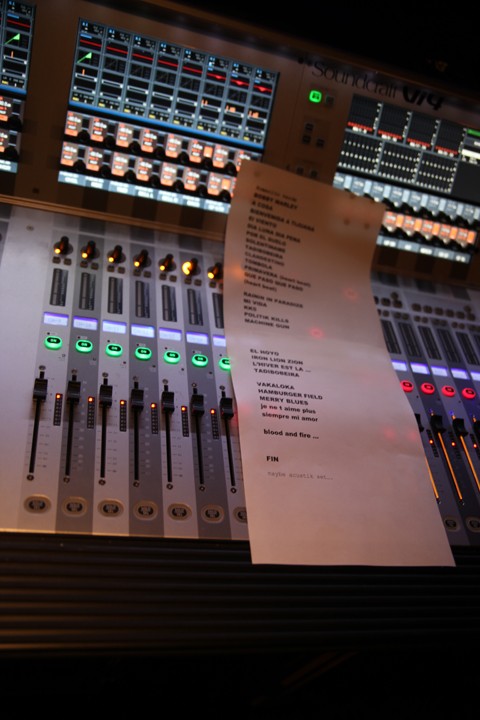