Interview: Chatting with The Foreign Exchange 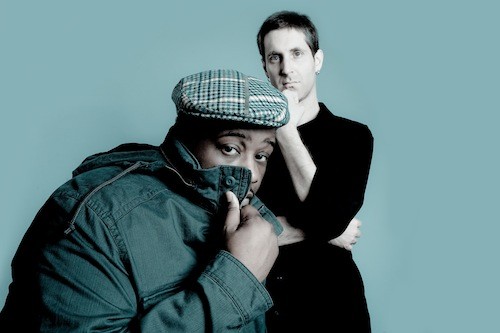 The Foreign Exchange — the Grammy-nominated, Durham-based musical duo — doesn’t hit Charlotte that often. And that’s a shame. This city needs more of the melodic, hip-hop-flavored soul sounds that FE members Phonte and Nicolay are famous for creating. We recently caught up with the pair via telephone and grilled them about the upcoming show and why they don't visit the Q.C. more often.

Creative Loafing: Last time you guys were in town was a few years ago at the Double Door Inn for a free summer show. And there was one point in the show when a guy actually jumped onstage. You remember that?
Phonte: I remember that. What the fuck, yo? I just hesitated at first because I thought maybe it might have been somebody ... like he might have been cool or something — somebody from the club that was like coming on stage to fix something because he had on all black. I was like, “Maybe it's somebody from the crew or something.” So, then he just got up, and I kept going. And then I just saw him going, and I was like “What the fuck?!” That was a wild one.

With this new date you have coming up, what kind of stuff can people expect from the show?
Nicolay: We revamped the show since the last album Authenticity, which came out last October. So the show now is largely focused on that album [and] material from that album. We have a new lineup that we actually think is our best yet. So we've been really doing this show pretty much since the beginning of the year — and we've done a lot of them — in the United States as well as in Europe. We definitely have a very seasoned and tight unit right now … people can definitely expect a great show and definitely hear a lot of our recent music.

OK, so why don't y'all hit Charlotte more often?
Phonte: For me, I've just seen over the years that you kind of have to keep your own town … you gotta be kind of scarce, because people take it for granted. They just really think: "Oh I can see him anytime.” When you're performing in your backyard, it's hard to shake that “local” stigma. You kind of have to keep it scarce. So, when you do a show at home, it’s an event and it's not just, “Oh I can see him Thursday again at the supermarket.” You have to have some exclusivity, I think.