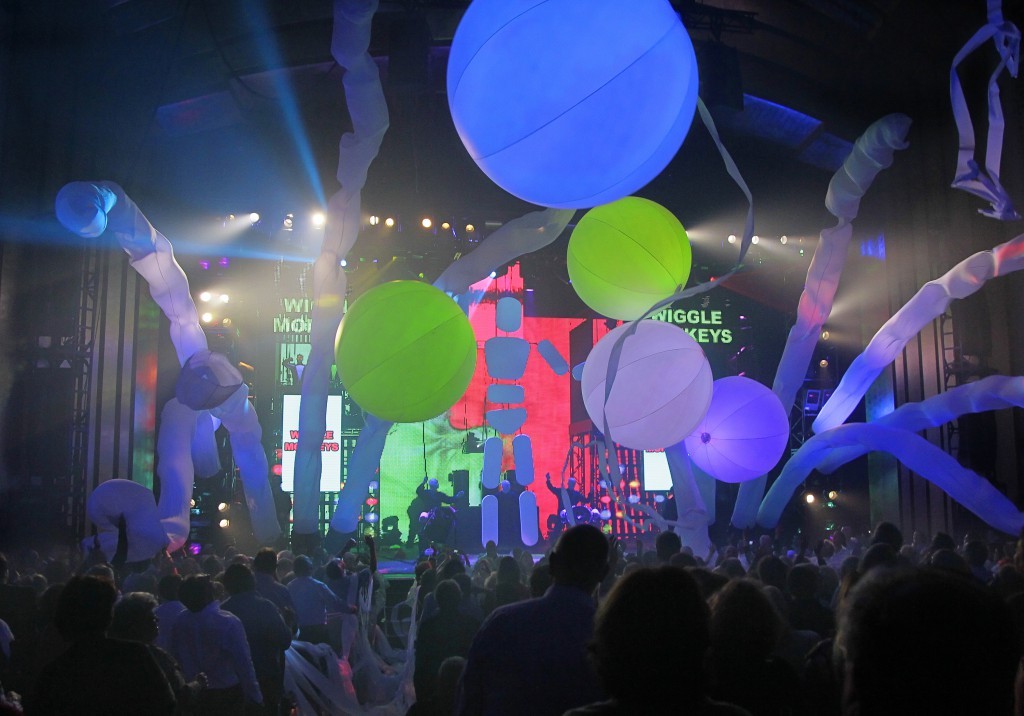 I'm not too sure how to describe the Blue Man Group... there are three blue men on stage — apparently intelligent, somewhat alien and naive, yet very rhythmically sound. There are touches of humor, lots of music and drumming and elements of the bizarre or disgusting — depending on how you look at it.

Last night's show was started with some brief performance introductions courtesy of two scrolling red windows at the top of the stage — they told people video and photography was prohibited, but also introduced special guests in the audience including a gold medal winner and citizen space traveler.

The Blue Men were introduced to the crowd the same way they would exit for the encore via hammering away on oil drums that were covered in paint.

Between musical bits where the men were hammering away on a variety of drums and PVC piping, were elements of humor that had hints of camp, but none of the cheese. One skit saw the inclusion of a female audience member who was fed a few twinkies with unique results. Another skit had the men chomping down on Cap'N Crunch, while another had a Blue Man catching a ridiculous number of marshmallows in his mouth. Another still instructed the audience on the basic rock movements such as fist pumping, raising the roof and, finally, shaking your ass.

And it was funny... laugh out loud funny. Two of the men can stare at the third and illicit laughs from the audience quickly.

The hour-and-a-half show was consistently entertaining, though the "all-new" production did include a few gags I had seen before including a "get close to the audience" segment.

It's a performance that is music-based, but includes plenty of humor to make for an entertaining evening. It's one of those shows that you just have to see as it defies most descriptions. After all, there's a reason it has survived for more than two decades.