The Deal: Charlotte gets a great jazz show as drummer Ronnie Burrage brings along Branford Marsalis for Sunday night set. 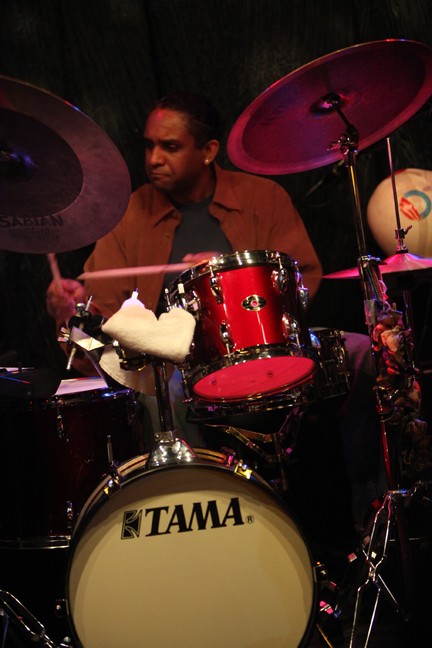 The Good: Jazz drummer Burrage has performed with a long list of musicians. The 51-year-old even performed with Duke Ellington at the age of 9. Along with a bassist and pianist/keyboardist, Burrage hit the stage with saxophonist Marsalis. The group played traditional knock-it-out-of-the-park jazz, showcasing each members talents throughout the night. The quartet free-formed and drove home grooves that had crowd members nodding their heads and tapping their feet.

Marsalis, who was in town last year for a few songs during the Dave Matthews Band concert at Verizon Wireless Amphitheatre, appeared relaxed and effortless as he floated around the musical backdrop set up for him.

The concert capped off a day that featured a workshop session with Burrage put on by Sai Musiq.

The Bad: Those in the crowd who were occasionally shouting out showing nothing more than disrespect for the talent in front of them. When Burrage pulled out a unique drum, one crowd member yelled out, "I can hit that for you." Burrage quickly put him in his place by replying, "I don't want you to hit it, I'd want you to play it."

The Verdict: Those in attendance got their money's worth as the group played two sets. A fantastic night of jazz that Charlotte doesn't see often enough.