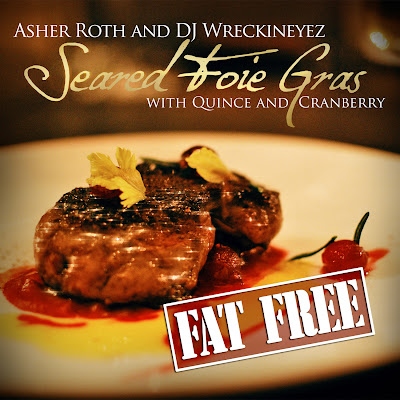 One element of mixtapes most people can live without is the DJ blabbering on endlessly throughout, it usually doesn't faze me but those DJ 's whose personalities are about as interesting as watching paint dry can be an unwanted voice in the musical experience.

With that Asher Roth dropped a "fat free" version of Seared Foie Gras with Quince and Cranberry, sans DJ Wreckineyez (or any DJ for that matter) on the project and a few other slight changes. Including bonus tracks of some of his popular guest appearances from 2010, including a cut from his upcoming album called "Gotcha B*tch" which I highly recommend.