Killola w/ Sick of Sarah and Grown Up Avenger Stuff 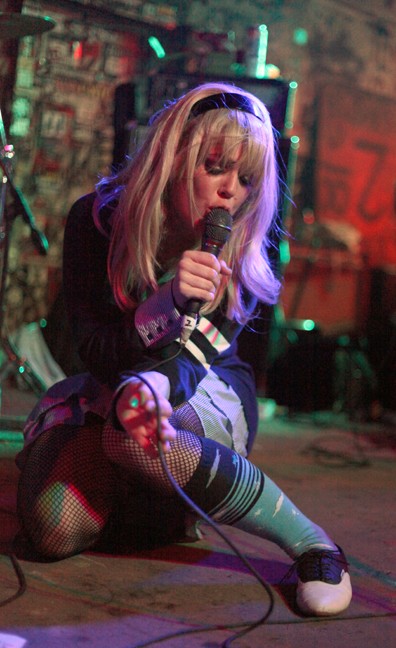 The Deal: L.A.-based rockers Killola storm into The Milestone for the Buy The Milk Tour with Sick of Sarah and Charlotte's Grown Up Avenger Stuff also on the bill. 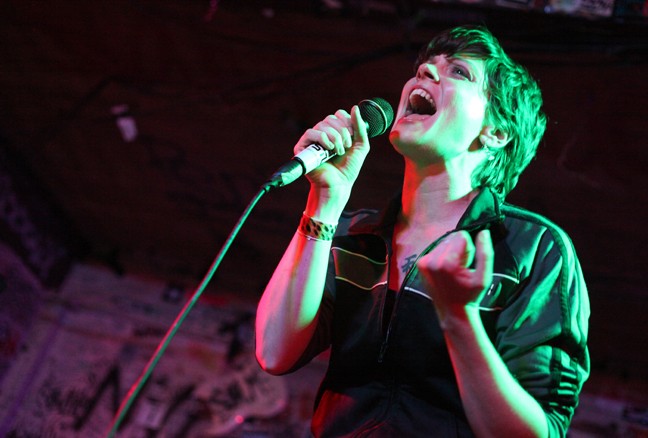 The Good: The night started around 10 p.m. with a set by Grown Up Avenger Stuff. The quartet, who I had previously seen do an acoustic set at The Evening Muse, was fully plugged in as expected and got the show started off on the right foot. Singer Deirdre Kroener has some of the best rock vocals in town knowing how to balance the soothing side of her voice with the barbaric screams on the back end that usually get followed up with a smile. The band's electric sound hits you hard and up front without any of the flash. Songs like "Cards" show off Kroener's vocal abilities well. 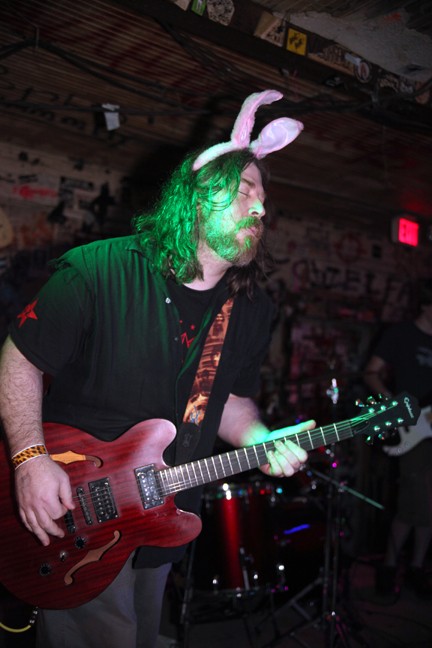 GUAS guitarist John Thomsen drives the band's sound forward. It's one of those bands whose sound has gotten steadily developed since recording — if you listen to them on their MySpace page you'd think they have growing to do and the sound is too "garage." Two minutes of seeing them in person gets that notion out the window quickly. 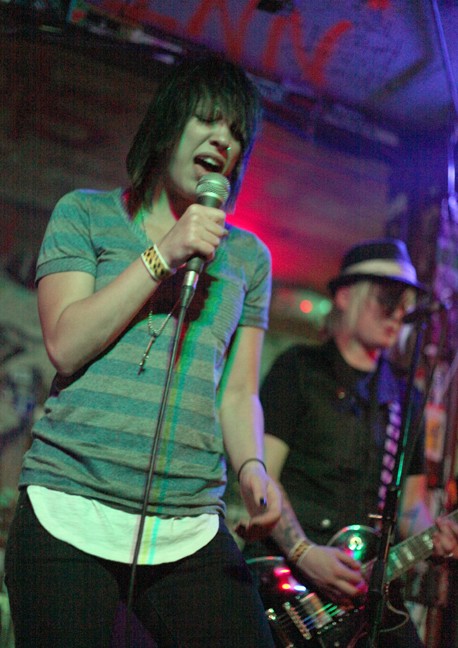 Next up was Sick of Sarah out of Minneapolis, Minn. The band had a good energy, but I'll have to admit that after a while, all of the songs sounded a bit the same. Not sure what to attribute that to. Usually one likes the "meat" of a sandwich, but on this night, it was definitely the "bread" that was holding this three-band meal together. That's not to say they were bad by any means, but just that I hoped for a little more "something" to help make them stick out. 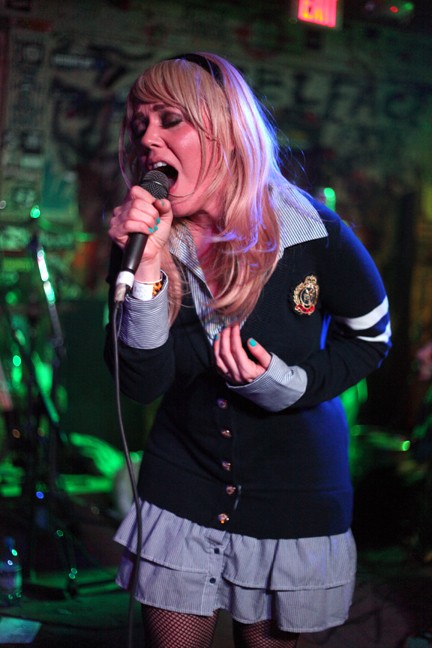 The night belonged to Killola, however. Maybe it's the actress side of her, but singer Lisa Rieffel knows how to make a stage her own. The petite singer commanded attention from the opening notes of "Is This a Love Song?" While she sounded hoarse earlier in the night, her vocals were spot on once she hit the stage — the right touch of raspiness, the right touch of sweetness and every bit of emotion and energy they needed. 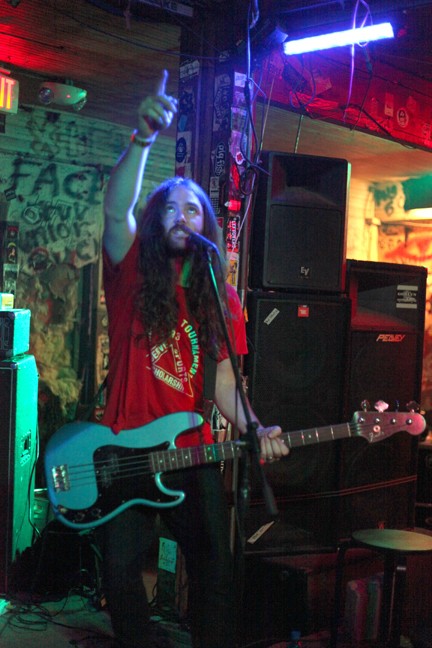 For the most part, the band remains somewhat in the background picking up the rhythms and Rieffel jumps, kicks, runs and gets the place ready — not for a marathon of a show, but more of a quick sprint that hits you fast, goes quickly and leaves you worn out. 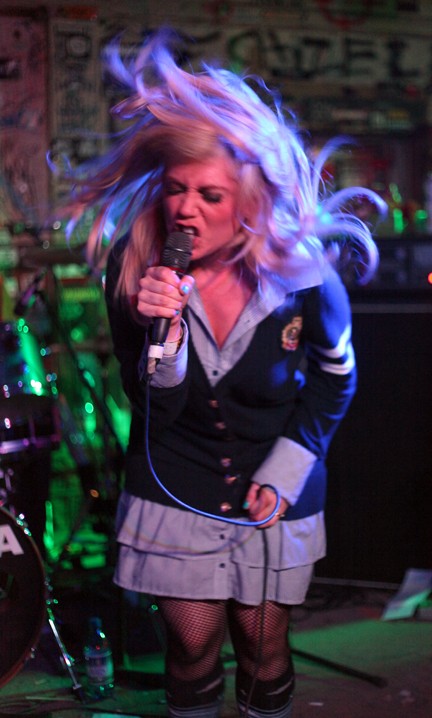 The band played a handful of songs from their album I am the Messer and a couple from their new soon-to-be-released album, "Let's Get Associated." They ran through a 10-song set that included a cover of Toni Basil's "Mickey" and were set to call it a night. When shouts of "encore!" rang out, the band quickly gathered to figure out what else they could play. They played "Appetite" before stumbling through a second song and wrapped it up with "Traffic." 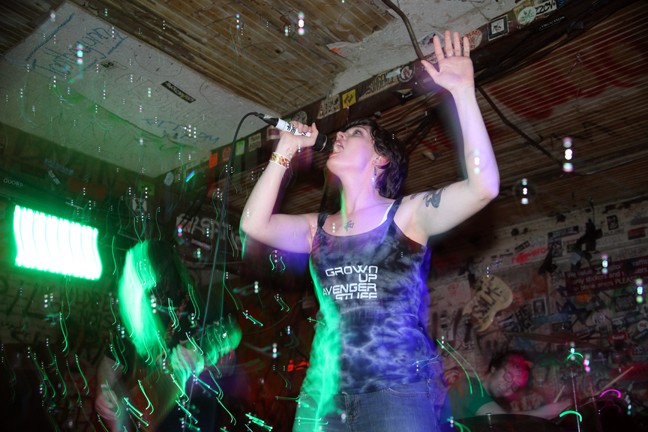 The Bad: It's not bad, but once GUAS develops more of a stage presence their fan base will build quickly. Kroener has the vocal strength to catch the attention of many ears, but a sometimes "bored" stance makes it less visually appealing. I'll give them points for being a bit unique in using a bubble machine to add to the atmosphere at the end of the show though.

Of course, the only really bad part of the evening was the size of the crowd. A disappointing 40 people or so were the only on 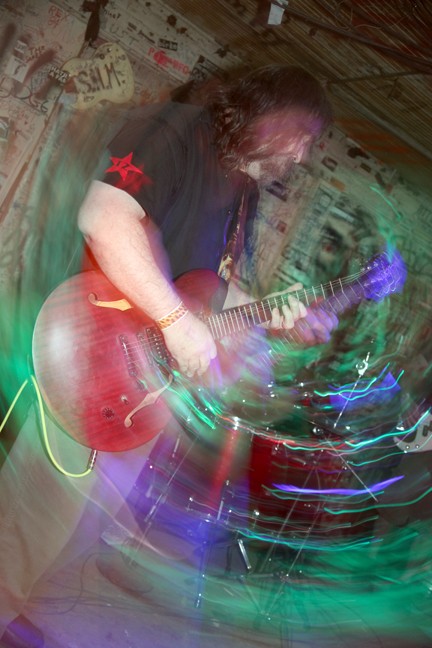 The Verdict: Definitely check out Grown Up Avenger Stuff at one of their gigs around town when you have the chance. They're still "getting it polished up" but also improving with every performance... and sometimes it's nice to see the raw energy. Also, make sure to see Killola the next time they're in town — this was their second visit. The band's energy would make them a great fit on a big stage once they get more people to notice them. 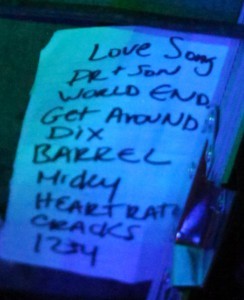 Is This a Love Song?

This Is How the World Ends

Get Your Dicks Out

Cracks in the Armor