The Deal: Promoting their new album, Songs from the Heart, Celtic Woman, performs live for a packed house at Ovens Auditorium. 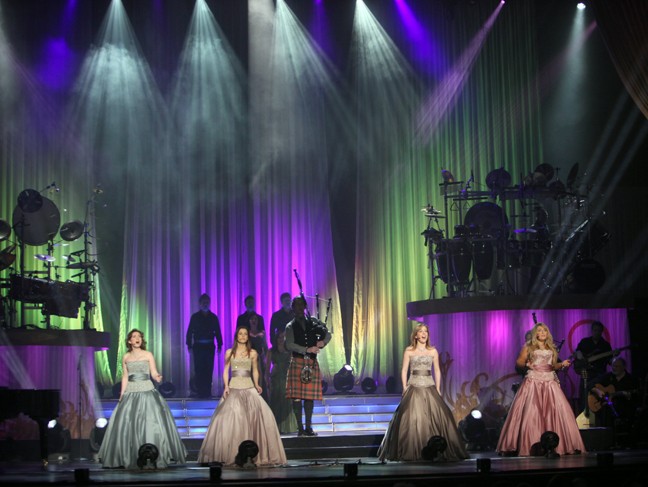 The Good: Most live performances, where the performers choose not to lip sync, can’t hold a candle to the manufactured sound of the album. Such an idea doesn’t hold true when speaking of Celtic Woman. Each of the vocalists: Alex, Chloe, Lisa and Lynn have such highly trained voices it is hard to find fault in their individual performance or pinpoint which vocalist is the Celtic diva. Despite their solid individual sound, it is when the four vocalists harmonize together that they fully embrace the ideal of Celtic Woman. The performance intensified when the harmonies of the vocalists merged seamlessly with the orchestra; during "Orinoco Flow" and "Beyond the Sea," I wasn’t sure where the vocals began and the orchestra ended, yes, it was that good. The word “serene” simplifies the audience’s reaction when the singers were on stage. Despite the singers' several requests for the audience to join in, clap or sing along, the audience sat silent. It wasn’t that the crowd was drifting aimlessly into other thoughts, not at all. 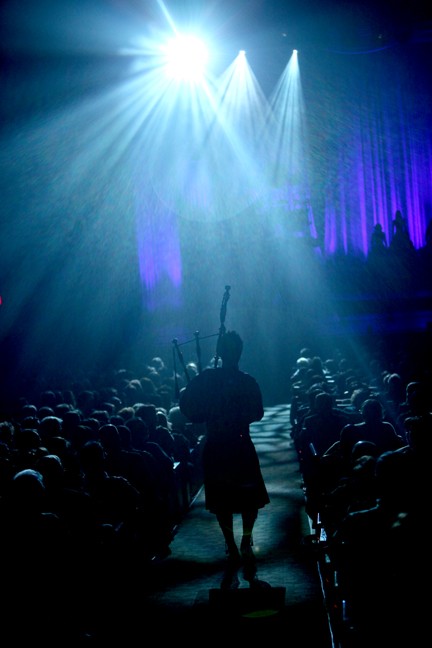 The music was so soothing and refined it would seem disrespectful to disturb it with clapping and an off-key sign along. Mairead Nesbitt, Celtic’s solo violinist, sent shockwaves of energy through the crowd with her performances. The fiddling pixie danced vigorously on stage while interacting with the audience through suggestive body movements and intense eye contact. The crowd loved her as they came alive with whistles, claps, “hell yea’s” and several standing ovations. Before summing up all that was good in the performance I must give a shout out of praise to the two percussionists, Ray Fean and Nicky Bailey, without them the so wouldn’t have been as complete and as powerful as it was.

The Bad: It is honestly hard to find much fault in a performance that captivates the audience into a state of serene silence and is awarded numerous rounds of standing applauds. During the performance of Dulaman, in the second act, technical difficulties arose when the microphones of the female Aontas Choir singer’s weren’t on. Despite the mic mishap, the choir singer’s were able to improvise their way through the song without the crowd’s seeming disapproval. The second half of the show seemed to lack as much energy as the first half. Softer songs, such as "The Moons a Harsh Mistress" and "Fields of Gold," weren’t broken up by stronger harmonizing songs or bouncy violin solos which in the first half gave the audience its gust of power. Sensing the mellow atmosphere Mairead pranced on stage to revive the show before "Spanish Lady," the last and most vibrant performance of the second half, if not the night. 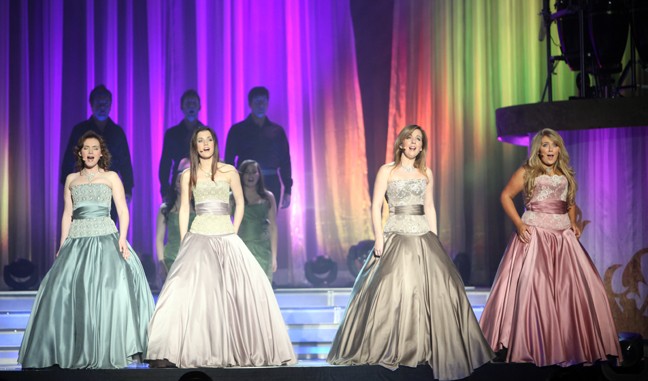 The Verdict: Great show — definitely one I would want to see again. Everything from the light show, to the bag and uileann pipe players was wonderful. The show didn’t feel as long as it actually was, starting at a little after 7:30 and ending at 10. The vocalists seemed passionate about their Celtic roots and sharing the meaning of songs in Irish with the audience. Chloe, Lynn and Mairead made the audience smile and occasionally laugh with either their energetic movements or silly translations of songs such as Dulaman (a song about choosing between two pieces of seaweed). The vocal, orchestra and violin talent was beyond captivating and definitely as good, if not better, than the album itself.