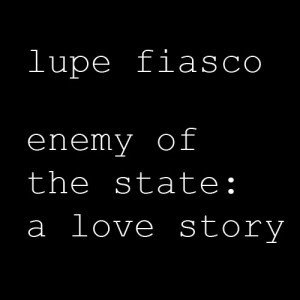 The Deal: Hip-hop gets the first of two mixtape gifts (the other dropping on Christmas Day) from Lupe Fiasco, as he prepares for his third studio album coming out in 2010.

The Good: Well, the flows still there. Lu drops gems from start to finish like, "The game is lookin' weak, the whole scene starved/So I came through with some Muscle Milk and protein bars." He skillfully mixes his overtly political message with a blend of references from Zeitgesist to Bill and Ted's Excellent Adventure while still proclaiming to rep for the block and blogosphere. Hood nerdery at it's finest.

The Bad: Mad short! 22 minutes is literally a tease. The beat selection was all over the place, almost made you think he'd been sitting on some of these tracks for a minute. Lil Wayne's "Fireman" is hot but damn, didn't that drop in 2005?

The Verdict: Not his dopest mixtape, but he crushes a few new and familiar beats. Thankfully Lupe's camp came off the split version. While the cassette style tape was dope and I completely understand the artistic intent, it's always fun to skip around to your favorites without holding fast forward. Always good to hear from him.