The Deal: Concord's The Avett Brothers open up for Dave Matthews Band on a hot spring night as both bands tease new music from upcoming albums. 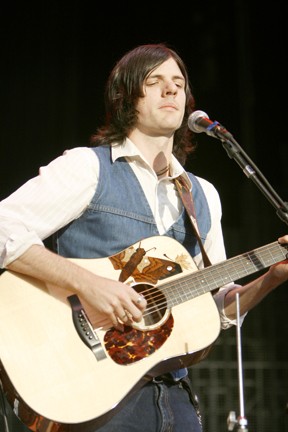 The Good: Things are getting better and better for the Avett Brothers these days and it was fantastic to see them on the big stage at Verizon and, undoubtedly, winning over new fans while entertaining the old. The band, who was introduced by a sleepy Dave Matthews who said he's "been trying to get them on tour for a long time," offered an energetic performance full of the usual stomping, screaming, harmonies and fine instrumentation people have come to expect.

The band's hour-long set flew by as they opened up with "Shame," and played a variety of songs both old and unreleased, from its upcoming, Rick-Rubin produced album, I & Love & You. Joe Kwon made a handful of song appearances, as usual. Scott Avett kicked his boots off before "Murder In the City," but put them back on before the final song, "I've Never Been Alive." It's always great to see the pride and enjoyment that the guys have while playing in front of a hometown crowd. Oh yeah, and the new stuff was just as good as anything else the Avetts have done.

When the curtain dropped on DMB, it was clear that Matthews was wide awake and in a great mood. He was dancing all over the stage for most of the night. The band opened up with "Rapunzel" before slowly building up into an outstanding, energetic cover of Talking Heads' "Burning Down the House," a song that seemed to have gotten the biggest response from the crowd.

Throughout the night, while new songs from the upcoming album, Big Whiskey and the Groogrux King, were highlighted, the biggest start might have been saxophone player Jeff Coffin who has replaced the late LeRoi Moore. Coffin and guitarist Tim Reynolds traded off on a long solo on the song "Why I Am." He also traded with drummer Carter Beauford on "#41." There was also a huge "horn battle" between Coffin and trumpet player Rashawn Ross on "Grey Street" to close out the main set. 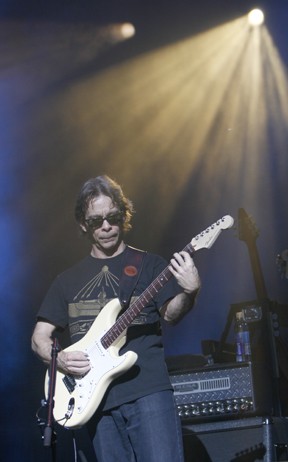 Tim Reynolds has also been a fine addition to the band and continues to amaze with his guitar skills on solos, such as a slide guitar solo on "Cornbread." 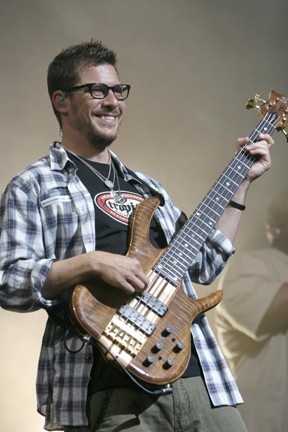 The live-only track "Cornbread" sounded like it had a heavier bass and drum groove to it than the performance last year. 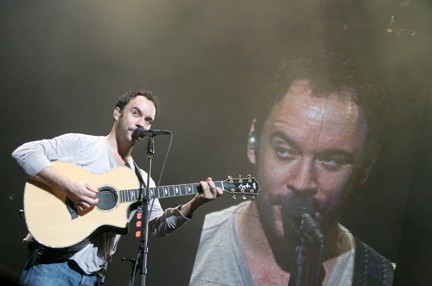 The band opened up the encore with "Blue Water Baboon Farm," another non-album song that was big in the early '90s and rarely played after that. Apparently, the band has been playing a little more of it each night of this tour, perhaps slowly building up to its entirety. "Crash Into Me" and "Stay" closed out the night. 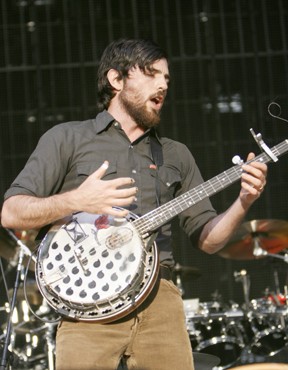 The Bad: The only thing bad was that Scott Avett kept breaking banjo strings, but if you've ever seen an Avetts show, it's nothing new.

The Verdict: If you missed The Avetts this time around, have no fear — they'll be back for a CD release concert in August. While teasing some rare songs and showcasing a few new ones, Matthews proved that there are always surprises at his shows — the good kind — at a DMB show, while Coffin proved he's one of the best horn players around.

Murder in the City

Where Are You Going

Burning Down The House

So Much To Say>

Anyone Seen the Bridge>

Funny The Way It Is