This past weekend, Dixie’s turned 10 – making it one of the oldest bars in Charlotte, and still one of the most popular.

So how has Dixie’s survived and thrived all these years? Hmmmm... cue to me scratching my head. Apparently, that helps to turn the light bulb on because I have a few ideas as to why...

• The Music — When I’m at Dixie’s I’m not just dancing to the beat of my own drum — nor am I ever the only one dancing. At their anniversary party, I found myself doing the twist — to the actual old school song the dance was derived from, boot scooting and boogying to Kid Rock’s "All Summer Long," hip-hopping til I almost dropped to Rhiana and T.I, head-banging to Aerosmith, jumping up and down to O.A.R and I even had a Michael Jackson dance off with some random dude I am pretty sure I looked equally as ridiculous as. I was so amp’ed up with severe dancing ADD (as in I couldn’t carry a conversation longer than a song because another good one would come on and I’d want to start dancing) that my friend told me I had the attention span of a ferret on Crystal Meth.

In other words, it was the best playlist... ever, thanks to DJ Jazzy Jimmy. I would pay him to make me a mix tape. 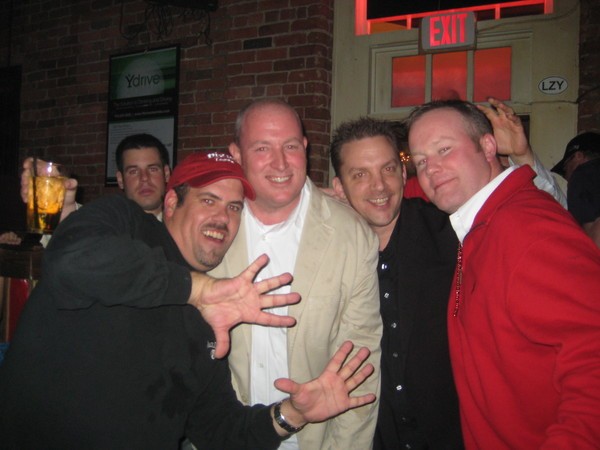 • Bob Durkin — That man is like Midas the Myth god — everything he touches turns to gold. When I gave him a Happy Anniversary high-five, I was weary of turning into a golden statue that would end up as decoration in one of his bars in the EpiCentre trifecta.

• Location — it’s essentially the corner of Uptown with a parking lot to throw concerts, accommodate Speed Street and provide easy parking. It’s right there near the arena and is practically a stop on the Lightrail.

• Bartenders — the loyalty and longevity of the staff makes the place like Cheers ... where everybody knows your name... bah,bah,bah,bah... and they’re always glad you came. My good friend, Nikki, works there every Thursday and sends out weekly newsletters for the bar that are so funny, I made her her own folder in my congested inbox.

• Good food and cheap beer — the perfect recipe for a bar-a-raunt.

... I could keep going, but I apparently have the attention span of a ferret on Crystal Meth... what was I talking about?

At 8 p.m., the place was crowded, by 9 p.m. it was packed. Perhaps the lure of free food and beer compliments of LazyDay and RockHouse Events had something to do with that. They also had cake — a cake for which Mike Yates smashed in my face. Although hilarious, I had to go into the bathroom and wash my face and resume the rest of the evening sans make-up and with icing stains... but I didn’t care, I was having a Dixie-Land delightful kinda time toasting with champagne the bartender gave me in a martini glass.

I’d like to apologize again to the guy I spilled that on by the way. May I suggest using caution when dancing while holding an over flowing martini glass.