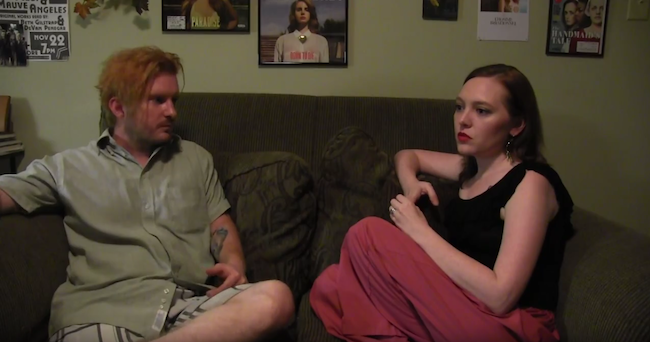 Two local filmmakers are now in the post-production stages of a harrowing documentary titled Frayed Fabric that they have been working on for three years.

In September 2016, Creative Loafing sat down with Devan Penegar and Camille Dalke-Rogers as they were in the midst of interviewing sexual assault survivors from the greater Charlotte area. You can read that interview here.

Penegar said he expects he and Dalke-Rogers will be finished editing the film by December, and from there the duo will be working on an online distribution deal to release the documentary. He said they will be updating the documentary Facebook page with any news about Frayed Fabric and a short film the duo made for the Rape, Abuse & Incest National Network, set to be released next month.

Upon finishing filming, Dalke-Rogers said the entire process put things into perspective for her.

"I felt honored that all of the people trusted us with their stories, but also incredibly sad that there are so many people who have stories just like these," she said. "The number of people who came forward to do interviews was insane. There are so many people affected by sexual assault, abuse or rape. It really makes you think: if all those people came forward, how many are there out there who aren't ready to speak? Or who will never be willing to share their experience in a public forum like that — which is fine.

"I'm hoping this film makes those people, in particular feel less alone, and maybe even give hope to those who are still struggling or haven't come to terms with their assault yet."

The video below shows a portion of Dalke-Rogers' interview with a survivor named Teresa. The two discuss the effects of PTSD and have a short discussion about what it really means to be healthy.