Effort to call for Shula's firing gets wings

Following Sunday's debacle of a Carolina Panthers game against the Chicago Bears, in which the Panthers failed to score a touchdown and lost to a team that only managed five first downs the entire game, Carolina fans are heated. 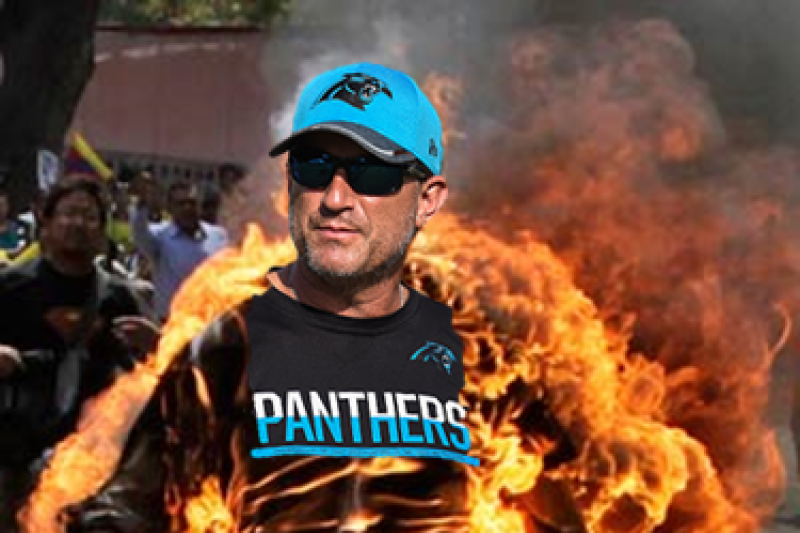 Ogi "David" Davidovich is one fan who has since decided to put his (and everyone else's) money where his mouth is. Two days ago, Davidovich (it's unclear if David Davidovitch is his real name) launched a GoFundMe account in an attempt to raise $1,700. That money would apparently pay for a plane to circle Bank of America Stadium in Uptown Charlotte for an hour waving a banner that calls for the firing of Panthers offensive coordinator Mike Shula in the lead-up to the November 5 game against the Atlanta Falcons.

While Davidovich first suggests that the banner read "Fire Mike Shula," he points out that the company he is looking into using, called AirSign, allows for 40 characters on any banner, "to get creative," as he puts it.

While it was common to see calls for Shula's firing across social media during and after Sunday's game, it appears Davidovich has a chance of actually bringing this message directly to the stadium. As of 4:30 p.m. Wednesday, the account had raised $835, just under half of what Davidovich would need to reach his goal and he's got well over a week to do so.

Just a note to those donating money, there are some causes that could really use that dough. We're just sayin'. Good luck, though. I guess we'll all know whether this worked come Nov. 5.