Strong women and struggling teens are but two of the many themes to be found among the 150+ works being screened at the 18th Annual RiverRun International Film Festival, unwinding April 7-17 in Winston-Salem. 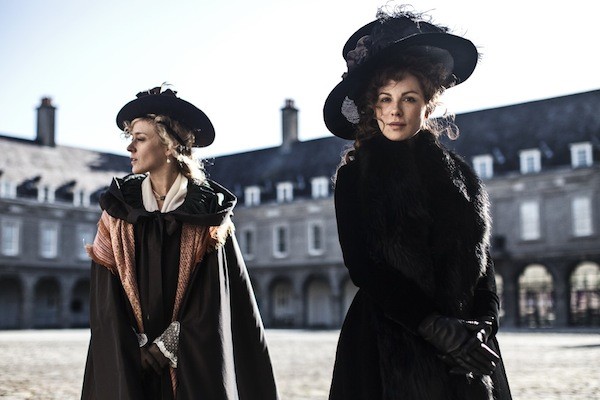 Formidable females are at the center of a large number of films this year, including the documentaries A Journey of a Thousand Miles: Peacekeepers (about three Bangladeshi women in an all-female police unit), Cameraperson (focusing on veteran cinematographer Kirsten Johnson) and Speed Sisters (examining the lives of five Palestinian women who make up an all-female race car team). Meanwhile, teenagers of both sexes seek to establish their own identities and make sense of the world around them in such efforts as The Roma Project (about a teen with unexplained powers), T-Rex (in which a 17-year-old strives to become the first woman to win the Olympic gold medal in boxing) and Titanic Boy (a documentary about a 13-year-old kid obsessed with the sinking ship).

And that's just the tip of the (Titanic-crippling?) iceberg. The fest begins the evening of Thursday, April 7, with showings of the documentary Norman Lear: Just Another Version of You, about the creator of such enduring TV shows as All in the Family and The Jeffersons, and Hunt for the Wilderpeople, a New Zealand-set comedy starring Sam Neill and directed by Taika Waititi (What We Do in the Shadows), and ends the evening of Sunday, April 17, with a screening of Love & Friendship, a Jane Austen adaptation from writer-director Whit Stillman (Metropolitan, The Last Days of Disco). In between are more screenings of new films (including several works from North Carolina filmmakers as well as indie features starring the likes of Academy Award winners Juliette Binoche, Chris Cooper and Dianne Wiest), showings of established classics (among them Annie Hall, The Dark Crystal and Rebel without a Cause), an "Acting on Stage and Screen" panel discussion from Tony-winning actress and Oscar nominee Rosemary Harris (Tom & Viv, Spider-Man) and Pulitzer Prize-winning playwright and Oscar nominee Beth Henley (Crimes of the Heart, Miss Firecracker), the opening weekend gala, and more.

For a look at the full lineup or other information, go here.