Under a bright sun on Monday in Marshall Park, the Rev. William Barber, head of the state’s NAACP and de facto leader of Moral Monday, and various union representatives spoke about the conditions of workers across North Carolina during a Moral Monday rally dedicated to Labor Day. MaryBe McMillan from the North Carolina AFL-CIO kicked off the event. “If ever a Monday needed a moral makeover, it’s Labor Day because too many workers are overworked and underpaid. Today, we make it clear the labor union is not dead, it is being reborn right here in the South.” 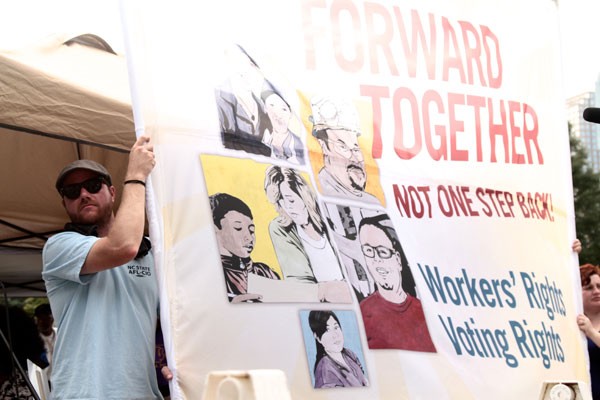 During the rally, police handcuffed a man for distributing literature on cars in the parking lot. A Democrat, Ty Turner vied for a seat on the state Senate this year, but on Monday Turner was out campaigning for Eric Montgomery for Superior Court. Moments after he was handcuffed, a few friends and witnesses came over to record police, who escorted a handcuffed Turner to a police car and drove off. He was detained for about an hour and released. 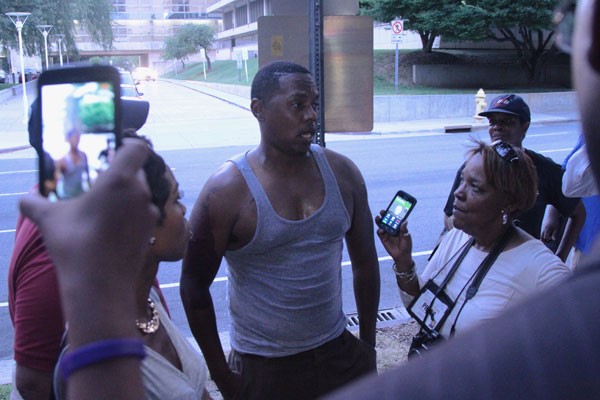 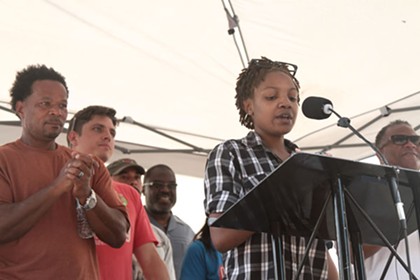 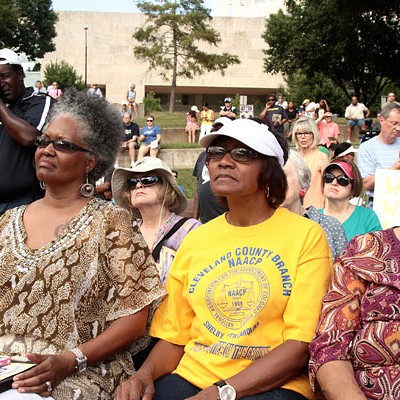 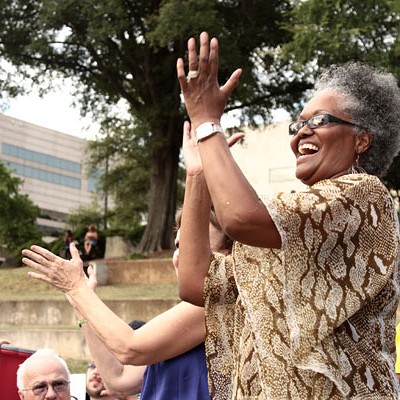 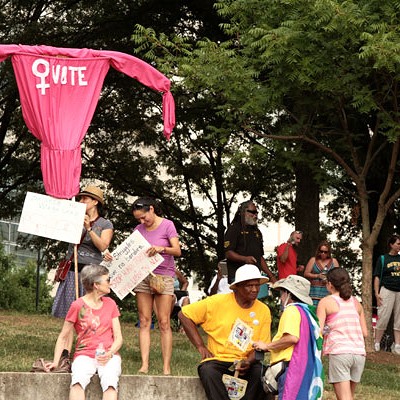 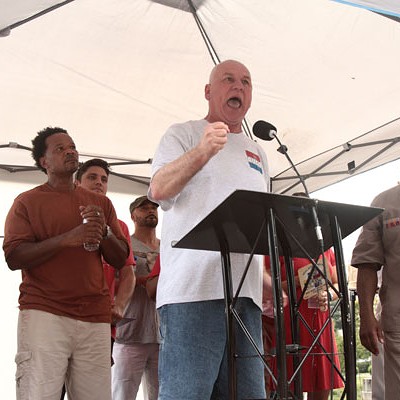 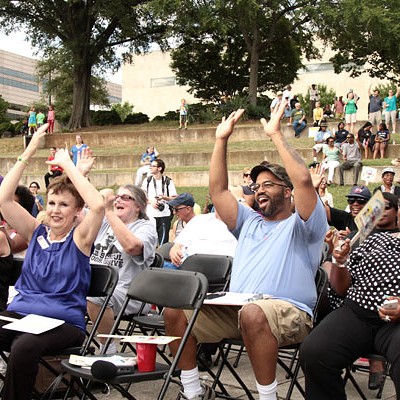 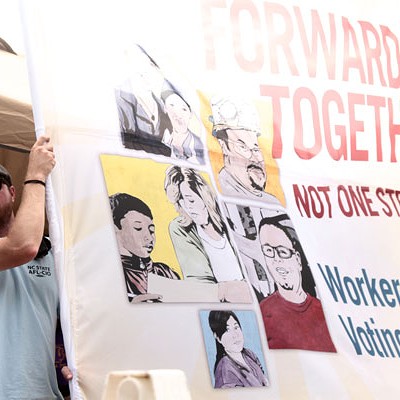 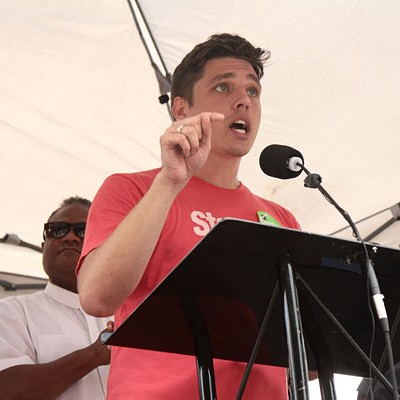 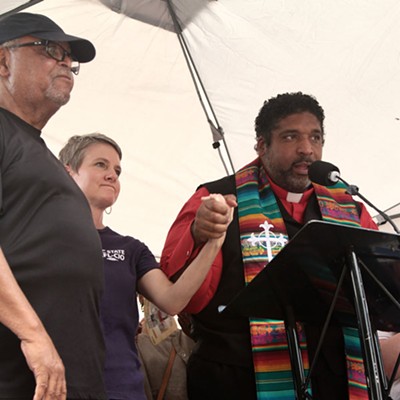