Question the Queen City: The Disappearance of Denise Porch

Do you remember the disappearance of a young Charlotte woman named Denise Porch? I think it happened in the 1970s, and she was never found. Has there ever been any hint as to what happened to her? — Abby Sensing, Birmingham, Alabama 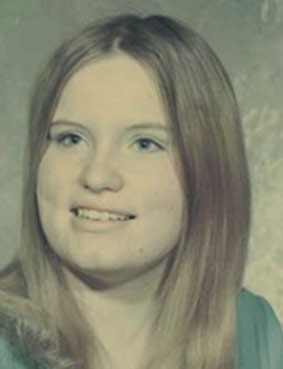 While her name may not be familiar to some Charlotte residents, many natives and residents born after 1970 have — at least — heard mention of the disappearance of Denise Porch, a 21-year-old apartment manager Denise Porch. To answer your question, no, absolutely nothing concrete has ever emerged about her fate.

Born March 21, 1954, Denise Newsom Porch had moved from Denton, North Carolina, to Charlotte with her husband Rodney Dean Porch, who worked in the insurance business.

At about 3 p.m. on July 31, 1975, Denise was showing an apparent prospective tenant around the Yorktown Apartments on Tyvola Road. This wasn’t unusual; Porch frequently gave tours of the site to prospective tenants.

It was odd, however, that Porch never returned after showing the apartment.

Like many complex managers, she was also an on-site resident at Yorktown. Her residence was searched, but nothing was uncovered. In fact, she left all of her personal belongings behind, including her vehicle and her purse, suggesting that she didn’t intend to leave and that she never returned home after the showing.

Rodney Porch told authorities that when he returned home later that day, he found the standard note on the door indicating that she was showing an apartment, and that the television was left on. It was later discovered that the keys to vacant apartments were missing, as well as the log, which listed vacant units.

She vanished, quite literally, and has never been seen again. The story even got the national media’s attention.

My own extensive searches produced no further clues as to Porch’s whereabouts. In 1982, her family had her declared legally deceased, seven years after her disappearance. In the mid-1980s a neighbor who lived a few hundred yards from the Yorktown Apartments came under suspicion for her murder.

Larry Gene Bell was found guilty of the murders of two young women in 1985 and was sentenced to death. He maintained his innocence in Porch’s case and was never formally charged in connection with her disappearance. But Porch physically resembled Bell’s other victims and authorities believe he was responsible for her death, the two he was convicted for and a number of other unsolved similar murders. Bell was executed by the state in 1996.

It seems illogical that Bell would not admit to Denise Porch’s murder after he had been convicted of two others and had been sentenced to death. For most potential serial killers, adding another victim to the list is tantamount to another notch in the belt, or a new trophy for the mantel.

Bell could have theoretically used his knowledge and confession as possible bargaining chips, which may have potentially saved his life. From that perspective, it would have been to his advantage to confess if he was responsible for Porch’s disappearance and/or murder.

A review of all accessible records shows no further follow-up with Porch’s husband. Denise’s sister, Diane Hill, gave an interview to the Associated Press in 2005 and again in 2012, admitting that she had come to terms with the likely death of her sibling. Still, she longs for closure. “I’d like to know who did it,” she said. “I’d like to find her body. I’d like for someone to come forward.”

If Denise Porch is alive, she would be 60.