The nation was collectively stunned late Monday when it learned of the death of Robin Williams, who was gone at the age of 63. It could understand cancer, or even a car crash, but suicide? 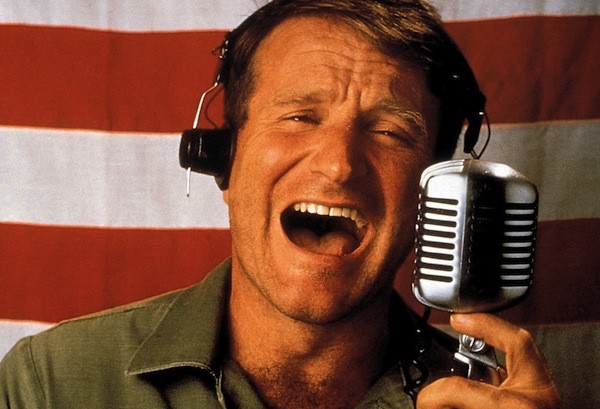 Yet that was the word from the coroner’s office, confirming today that the cause of death was suicide by asphyxiation. How could a man who had provided laughter to millions of people been at so low a place that he was unable to provide comfort and humor for himself? Of course, everyone has their own demons, and Williams was no exception. As reported by Variety, “According to his publicist, the actor had been battling depression of late and recently entered 12-step rehab for drug abuse.”

Williams’ wife, Susan Schneider, issued a statement that read in part, “As he is remembered, it is our hope the focus will not be on Robin’s death, but on the countless moments of joy and laughter he gave to millions.”

A good idea. While Williams appeared in more one-star movies than just about any other modern superstar (Patch Adams, Flubber, Bicentenial Man, License to Wed, and on and on), he also excelled in many films, ably demonstrating his dramatic chops nearly as often as his comedic ones. Here, then, are his 10 best performances, presented in chronological order. 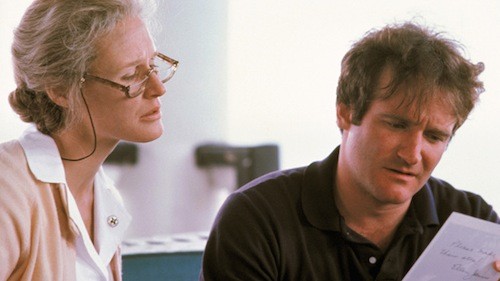 The World According to Garp (1982). A mere few months after his popular TV series Mork & Mindy ended its four-year run, Williams starred in this excellent adaptation of John Irving’s novel. Supporting players Glenn Close (as his activist mom) and John Lithgow (as his transsexual friend) were the ones to snag the Oscar nominations, but Williams is no less memorable, delivering a thoughtful and restrained performance as T.S. Garp, a writer trying to make sense of the world around him.

Good Morning, Vietnam (1987). “The Right Role At Last!” blared Premiere from its January 1988 cover, and the magazine wasn’t kidding. After years of dismal duds like The Survivors and Club Paradise, Williams had his first box office smash — and earned his first Oscar nomination — for his vibrant work as Adrian Cronauer, a military DJ whose manic on-air shenanigans are a hit with the troops but infuriate some of his superiors.

Dead Poets Society (1989). The movie completely falls apart during its shameless final half-hour, and Williams occasionally succumbs to incorporating stand-up schtick into his role, but for the most part, this is an often lovely drama starring Williams (in his second Oscar-nominated role) as John Keating, a liberal professor who encourages his students (including ones played by Ethan Hawke and Robert Sean Leonard) to, as Henry David Thoreau put it, "suck out all the marrow of life."

Dead Again (1991). It’s basically a glorified cameo, but what a cameo! In this twisty thriller, Kenneth Branagh (who also directed) plays a detective trying to ascertain the identity of a woman (Branagh’s then-wife Emma Thompson) suffering from amnesia. Williams appears in a pair of potent scenes as a disgraced psychiatrist (barred for sleeping with patients) who gives the private eye some no-nonsense advice. 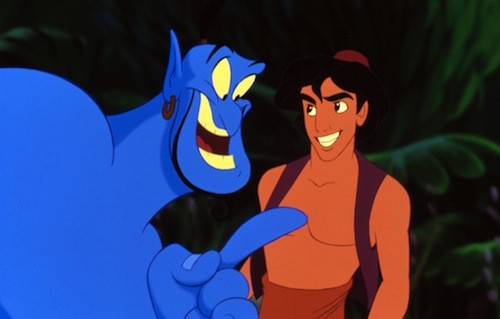 Aladdin (1992). In the spring of 1992, Williams provided the voice for Batty Koda in the animated feature FernGully: The Last Rainforest, but that was just a warm-up for his dizzying vocal acrobatics as the Genie of the Lamp in this Disney blockbuster. The actor’s work was so appreciated that there was even buzz that he would become the first person nominated for an Oscar for a vocal performance; that didn’t happen, but this nevertheless remains one of his defining parts.

Mrs. Doubtfire (1993). Perhaps the ultimate Robin Williams role can be found in this smash hit that allowed the comedian to go all out in a drag performance that was anything but a drag. He stars as Daniel Hillard, a divorced dad and out-of-work actor who poses as the title housekeeper in order to spend more time with his kids, all of whom live with Mom (Sally Field). Had 1993 not been such a competitive year for lead male performances, Williams arguably would have nabbed an Oscar nod; instead, the film’s only nomination (and win) was, not surprisingly, for Best Makeup.

Good Will Hunting (1997). After three Best Actor Oscar nominations (for the aforementioned Good Morning, Vietnam and Dead Poets Society as well as his overbaked turn in The Fisher King), Williams finally scored an Oscar win in the supporting category for his dramatic performance as Sean Maguire, a therapist who helps a troubled blue-collar math genius (Matt Damon) work through his issues.

Insomnia (2002). Williams earned one of his two Razzie Award nominations for his supporting turn in the flop Death to Smoochy (the other was for his combined work in the 1999 films Bicentennial Man and Jakob the Liar), but in truth, his performance as a psychotic children’s show host was the opening salvo in a remarkable year that found him essaying three against-type roles to brilliant effect. Smoochy was followed by this Christopher Nolan thriller in which Williams’ creepy murderer Walter Finch matches wits with Al Pacino’s weary detective Will Dormer. 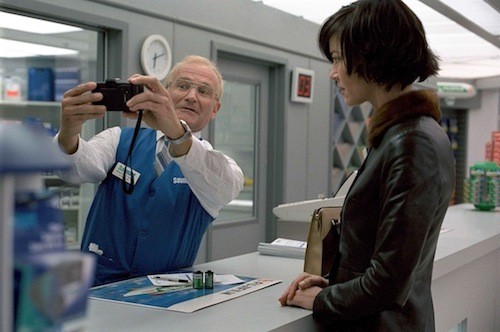 One Hour Photo (2002). The third and best of Williams’ 2002 performances finds him delivering one of his greatest performances as Sy Parrish, a photo developer at a big-box store. A lonely man harboring some emotional damage, Sy takes great interest in what he perceives as a perfect family unit — particularly wife and mother Nina (Connie Nielsen) — but even as he tries to work his way into their everyday lives, he starts to notice the hypocrisies that rest underneath what's projected on their 4-by-6 snapshots.

World’s Greatest Dad (2009). Comedian Bobcat Goldthwait continued to distance himself from his standing as a 1980s novelty act by writing and directing this pitch-black satire that offered Williams one of his last good roles. Watching it at this particularly time might prove to be difficult, though, as the plot involves the efforts of a high school teacher (Williams) to cover up his son’s embarrassing death via autoerotic asphyxiation by staging it to look like a suicide.