Charlotte Squawks X: Ten Carolina Commandments bills itself as Saturday Night Live meets Broadway. Since it invites the comparison, I feel free to make it.

Saturday Night Live, after being embroiled in controversy over its lack of black female cast members unless you counted Kenan Thompson in a dress, at last added Sasheer Zamata. However, this year's edition of Squawks didn't get the memo, as it has no African American women in the cast. Unless you count the big guy in a short skirt, spangled heels and a bad wig rubbing against the Pat McCrory stand-in. That would be Kevin Harris, a perennial show favorite when he dons drag. To some, that appearance may have left them wanting more. To others, it was hardly subtle and not all that funny. The Flip Wilson Show was a long time ago. 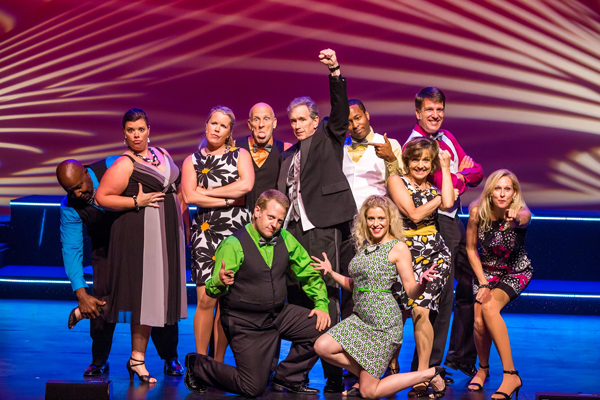 I'm sure people will tell me to "lighten up" and get a sense of humor. But what is thigh-slapping for one person is cringe-worthy for another - and Jon Stewart or Larry Wilmore-style wit this is not. It's easy, not edgy - as easy as the Chris Christie "fat" jokes and visual nods to prison rape that come off a checklist for writer Brian Kahn and the band of merry players led and directed by Mike Collins.

As for the Broadway nod, has anyone heard that many of those shows have shrunk? In New York, I recently saw Audra McDonald's Tony-winning turn in Lady Day at Emerson's Bar & Grill, which told Billie Holiday's story in words and music in just over 90 minutes with no intermission. Squawks, with one intermission, is two hours-plus.

Ten years in, Squawks could trim the expected, update its message and make the jokes a mite more uncomfortable for the crowd it purports to skewer, as great parody and satire do. In the show I attended, the audience seemed to feel right at home with this edition, one that ignores rather than acknowledges changes in the Queen City. Diversity that represents demographics might even broaden the audience and sell tickets to more than the usual suspects.

Maybe then Squawks will have the edge it strives for - as well as a black woman without an Adam's apple.

Mary C. Curtis, an award-winning Charlotte, N.C.-based journalist, is a contributor to The Washington Post's "She the People" blog, theGrio, The Root and WCCB News Rising Charlotte every Wednesday. Follow her on Twitter.