A small group of picketers held up signs outside of the Chop Shop on Friday, May 23, to protest an electronic music event called "Pow Wow 2." Created by local music promoter Mikey Tookie as an event to celebrate the art of people from diverse backgrounds, last year's "Pow Wow" drew attention for the use of Native American regalia and imagery at a non-Native American event. 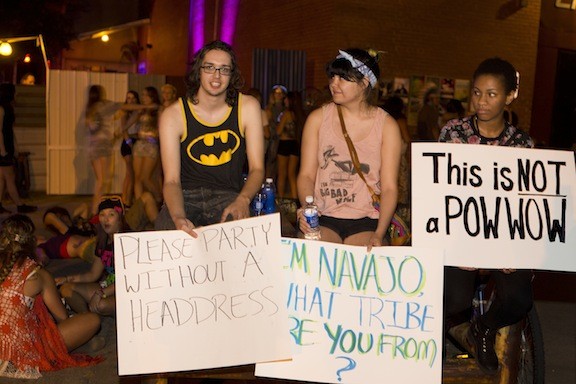 A commentary by Desiree Kane published in Creative Loafing earlier this week drew strong reactions from both sides of the argument - is it racist for non-Native people to wear Native American regalia, which is considered sacred and religious to many tribes?

Wesley Stevens, one of the protesters, commented that people can "have a pow wow, just do it respectfully." 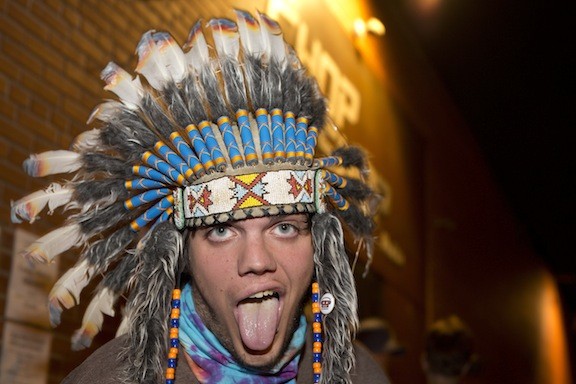 Kyle Buffkin, who attended Pow Wow 2 wearing a headdress and is 50 percent Native American, said, "My dad thinks it's awesome. It's just an event and a way to dress up and express yourself."

Chop Shop owner Jay Tilyard noted the line is somewhat blurred when it comes to what is "allowed" or not. "So, if a guy is 100 percent Native American, it's cool to wear regalia, but what if someone is 50 percent Native American, or 25 percent? What are the rules?" Tilyard said by phone the day after Pow Wow 2. "Is it then a type of segregation if you say you can only do something if you're part of a race? With young people, they see someone wearing regalia and think it looks cool and want to wear it, too. Imitation is the sincerest form of flattery. It's not like people are dressing up as cowboys and pretending to shoot the people who are dressed in Native American attire." 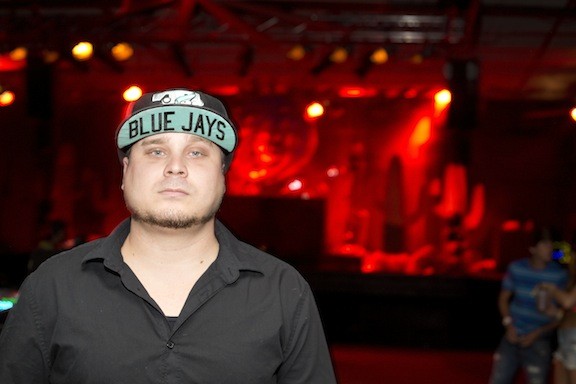 To his credit, Tookie, after learning Pow Wow offended some people last year, removed Native American imagery from this year's flyer and decorations. He also asked go-go dancers the Chaotic Cupcakes not to wear any Native American-inspired outfits to this year's event.

Though there were plenty of heated comments on Kane's article online, the few people protesting were calm and cordial to event-goers, and vice versa.

"I went out to the protesters and gave them water and made sure they were comfortable," Tilyard said. "I even gave them advice for their signs so they could make it clear what they were protesting - mostly it was the use of headdresses, not the event or the venue. We made sure no one was messing with them either. The whole thing was peaceful and cool." 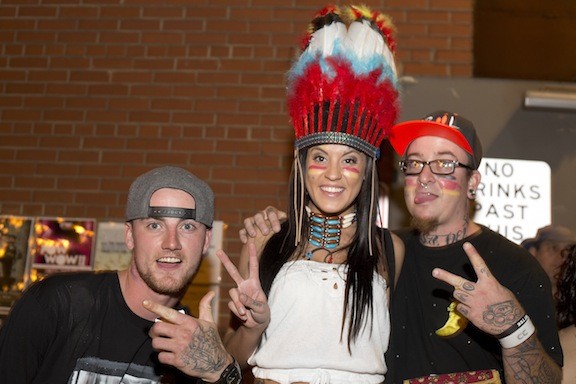 Comments posted by event-goers on social media say the event was a success and full of positive vibes.